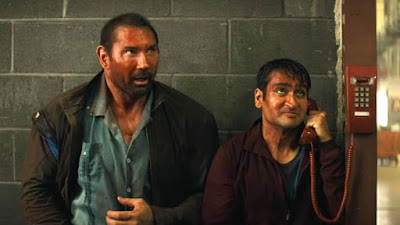 Since “Stuber” isn’t so much a coherent movie as a collection of (allegedly) comedic elements, let’s do this review in bullets.