Review: "A Good Woman Is Hard to Find" 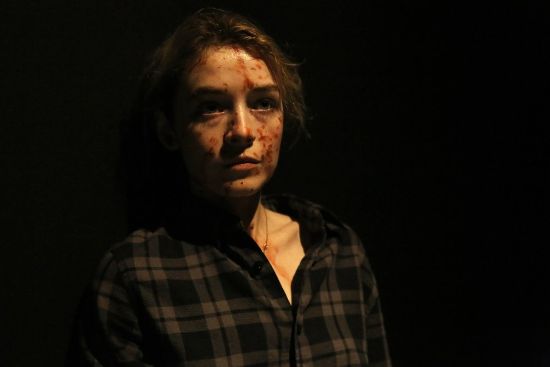 "A Good Woman Is Hard to Find" is being marketed as a bloody revenge thriller, sort of a Cockney "I Spit Upon Your Grave." But it's more a slow-moving character study than a horror flick.

Star Sara Bolger is a vibrant presence, but this revenge drama spends too much time on the existential threat and not on the backstory of the woman at the center of the tale. She plays Sarah, a mother to two adorable moppets, Ben (Rudy Doherty) and Lucy (Macie McCauley), who was widowed the previous year when her husband was murdered in broad daylight.

Ben witnessed the event and has not talked since, despite therapy and loving exhortations from Sarah. The police dismissed the killing as a rivalry between gangs and her husband dismissed as a drug dealer, so they're not exactly sympathetic to her plight. Plus they live in "The Estate," a cramped collection of "council houses," aka publicly subsidized housing that is riddled with poverty and crime.

There's a scene where two coppers are summoned to her apartment because of a disturbance, and they practically drip with disdain. A cad working at the grocery store assumes Sarah is a prostitute. Even her own mother (Jane Brennan), is constantly disappointed in the life her daughter chose, seemingly throwing away her smarts and talent to a man who did not deserve her.

So when Sarah actually find herself in need of help, it's not there. Tito Riley (Andrew Simpson), a dimwitted local street criminal, crashes a car into that of two dealers and makes off with their stash. He breaks into Sarah's apartment to hide out, and realizes it's a perfect base of operations. He'll keep the drugs at her place and give her a cut, and nobody will think to look in the flat of a hopeless young mother.

Tito doesn't really give Sarah any choice, threatening her and her children to get her to comply, and soon they have an ersatz little family unit. Tito starts dropping buy to have a few beers and watch the telly. You can see the panic in Sarah's eyes, not knowing how to get out of this predicament -- while enjoying the extra cash the arrangement brings in.

What neither of them know is the dealers worked for the local kingpin, Leo Miller, in an icy, memorable performance by Edward Hogg. He has an incredibly high-pitched, almost feminine voice. Somehow this makes his teasing malevolence toward others, punctuated by demands for proper grammar, even more frightening.

You kind of know where it all will lead, though the denouement doesn't disappoint.

My biggest quibble with the movie is how little information is given about Sarah herself. Bolger has big, transparent eyes and is quite good at communicating her character's intellectual and emotional state. Still, I would've liked a little information about her life before marriage, or at least before becoming a widow.

We're seeing a lot of these sorts of stories on the screen lately: put-upon women who are abused or controlled by men and gradually find they have grit inside them they never knew. See "The Rhythm Section" for a superior example.

"A Good Woman Is Hard to Find" has a strong central character, but keeps letting her be overshadowed by tough guys doing the tough guy thing. It's hard out here for a gal when she has to fight for the spotlight in her own movie.

Posted by Christopher Lloyd at 3:13 PM