We'll never give up our free-dumb 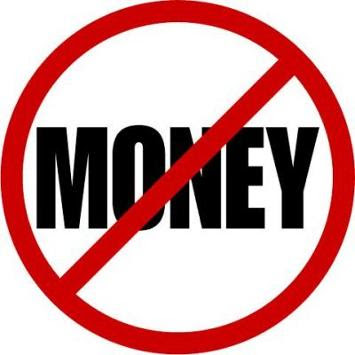 Like many, I read with interest Alan Mutter's post about how media outlets are trying to put the free in freelance journalism.

I can't tell you how many times I've come across opportunities to write, but without compensation. They offer exposure -- as if, after more than 15 years in journalism, I don't have enough experience to showcase my work.

Web sites in particular are the worst offenders. Some well-known ones like Suite101.com or Examiner.com offer promises of compensation if your writing attracts a lot of hits. But I've asked people who've written for them if they ever actually received a check in the mail. The answer is invariably no, or the amount was so trivial it was barely worth cashing.

It's the Arianna Huffington business model: Get people to provide content for your site for free, generating traffic and building your brand. Now the site has enough cash flow that she's actually hiring some people -- but I doubt the same ones that helped the site in its infancy.

I write as someone who's been both a willing victim of the tyranny of free, as well as a serial perpetrator.

Nearly a year before I got the axe from The Indianapolis Star, I started writing freelance movie reviews for a few newspaper clients. I offered to do so free of charge. The clients were all members of the New York Times chain in Florida where I used to work. In many cases, I personally knew the editors involved.

I did this willingly for a simple reason: The Star was only interested in reviews of a handful of "event" films per year -- perhaps six to eight -- and it simply wasn't enough to keep me professionally satisfied.

As I tried explaining to Star editor Dennis Ryerson, doing arts criticism requires very specific writing muscles. You can't just turn it off and on. It's like stopping your regular gym workouts for five months, and then returning one day and expecting to heft the same amount of weight you did when you left.

As for the free ... well, bad times were already setting in for the newspaper industry, and I knew my clients couldn't afford to pay me much of anything.

When I got laid off, I approached them and asked if they could start paying me something -- even if it was a pittance. Only one newspaper offered to. But after just a couple of months, their freelance budget (like so many outlets) was slashed, and the editor I dealt with told me he couldn't pay me anymore.

At that juncture, I had a choice to make. Take Mutter's high road, and refuse to keep supplying film reviews for free. The other freelance critic they were using at the time opted to do this.

Or, I could keep slaving away without pay. I would get the much-lauded exposure, but no cash.

I opted to go the second way. After all, I knew I wasn't going to drop my passion for film criticism. If I was going to do it, I might as well have it published.

Another thing to consider is the power of leverage. When you're able to say, "My work runs every week in a number of newspapers with a total circulation of over a quarter-million," then movie studios will offer you interviews with stars, press copies of DVDs and other things they won't give to some poor slob with a web site that gets a few thousand hits (like the one you're reading).

This isn't just about ego-soothing perks, but enjoying a level of access that allows me to deliver a more professional product. The stark truth is that an individual journalist only has as much influence as the outlet where their work is published. The small fry get the crumbs, or simply are ignored.

Things improved eventually. I'm still not getting paid by two of my newspaper clients -- although they occasionally throw me a few bucks for a special film article -- but the largest one was able to start paying me again regularly. And I added another client who pays a little.

It's not a lot, certainly not enough to live off of. But I'm getting paid to do the kind of writing I like and that I'm good at. And I truly believe that it wouldn't have been possible if I hadn't been willing to swallow my pride and do it for free for awhile.

Now to my own crimes against freelance journalism.

I have my own blog here, of course, but also co-founded with Joe Shearer The Film Yap.com. Our traffic is still low, but I'm quite proud of the content we provide. We publish at least two pieces every day, including reviews of new movies, DVD reviews, columns on classic films and schlock movies, interviews, podcasts, etc.

We've yet to make a dime of income from the site. (Although we hope to change that soon.)

That's fine for myself and Joe, who knew what we were getting into, but we've also recruited about a half-dozen other people who contribute to the site. None of them have been paid. We're able to throw a few DVDs and promotional giveaways their way. But, thus far, I'm nearly as bad as all those other sites out there exploiting talented journalists.

So while I agree with Mutter on the points, I worry that his "just say no" manifesto is unrealistic. With so many thousands of writers, editors and photographers who have lost their jobs -- not to mention the thousands of eager new ones being minted by journalism schools every year -- the stable of available talent is too large to remain in solidarity.

Too many journalists are willing to work free, in the hopes that one day the dollars will start flowing.
Posted by Christopher Lloyd at 1:20 PM