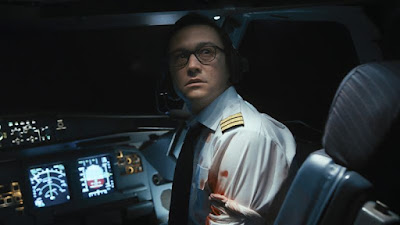 Regular readers of this column know one of my biggest beefs with modern movies is length. It seems so many are longer than they need to be, often extravagantly so.

This has been exacerbated by the diminishment in the historical importance of the role of editor, where "less is more" used to be an animating principle, and by the migration to streaming platforms, where there's no impetus to keep things streamlined so viewers don't have to leave their seat for bathroom/snack breaks.

(Not to mention theaters being able to have four showtimes per day instead of three.)

Recently I was watching, or trying to, "Da 5 Bloods" on Netflix. Just within the first 45 minutes (of, groan, 155) my attention wandered as scenes sprawled out lazily, dialogue continuing long after the purpose of an exchange had been achieved, or existing for no purpose at all. Spike Lee's flabby, self-aggrandizing storytelling style seems to be the norm these days.

(Also, wth is with having the same 70-ish actors in the flashback scenes with the clanging contrast side-by-side with Chadwick Boseman? Bold artistic choice, lack of funds for stand-ins or just a straight-up middle finger to suspension of disbelief?)

So it was with great trepidation that I settled into Amazon's new feature film, "7500," and discovered a tight, taut thriller that clocks in at 92 minutes and doesn't have an ounce of flab on it. Here is one of the best movies I've seen his half-year.

Joseph Gordon-Levitt plays Tobias Ellis, a young American co-pilot on a German airline flight that is hijacked by Islamic terrorists. It was written and directed by Patrick Vollrath, heretofore a short film maker whose "Everything Will Be Okay" receive an Oscar nomination a few years back.

He should be giving lessons to these big Hollywood types on how to keep it lean and mean.

The movie is set in real time and takes place entirely inside the cockpit of the jet (outside of surveillance camera footage of the airport terminal that plays over the opening credits). Gordon-Levitt is in every minute of every scene, and acts as the eyes and ears of the audience.

I had a special connection to this story as I have family members who were/are pilots or in aviation, including a dad who was a navigator/bombardier during the Korean War. So I had a little insight into the meticulous attention to detail their role requires, not to mention the ability to remain calm during a crisis.

Speaking of -- the title comes from the squawk code used internationally to indicate to control tower personnel that someone is attempting to hijack the plane. Tobias manages to get this off after a foursome of men try to fight their way into the cockpit, incapacitating the captain, Michael (Carlo Kitzlinger). Tobias manages to seal the door but is severely wounded, leaving his left arm limp, and knocks out and ties up the leader of the terrorists, Kenan (Murathan Muslu).

All this happens within the first 20 minutes or so, and as a result Tobias is trapped without help, sitting at the controls while the hijackers are doing God knows what to the passengers and crew. There's no music in "7500," so we're left with the whine of the jet engines and chatter on the radio as our soundtrack -- not to mention incessant thumping as the terrorists try to break down the door.

Adding to this fraught mix is that one of the flight attendants, Gökce (Aylin Tezel), is Tobias' fiancé and mother of their son -- something they've apparently kept secret from their employers. So not only is his own life imperiled and that of his 85 passengers, but also the future of his entire family.

One of the cleverest storytelling tricks is that Tobias' only connection to what's happening in the rest of the aircraft is a small camera directly outside the cockpit used for security purposes. The hijackers eventually realize this, and the most brutish, Daniel (Paul Wollin), starts dragging people up to the door to hold a jagged knife at their throats.

Tobias is compelled to negotiate with Vedat (an excellent Omid Memar), the young, high-strung member of the group. Through screaming exchanges on the phone and later more intimate ones, they gradually begin to build a surprising rapport. Just as we feel tensions begin to ease, though, the reminder that this is a life-and-death-situation soon returns.

At the center of everything is Gordon-Levitt in one of his finest performances. Bespectacled and straitlaced, his Tobias is essentially alone for much of the movie and has to carry the entire weight of the situation on his shoulders. Bloodied and bothered by the prospect of people dying at his refusal to open the door, he seems to age decades in less than an hour.

"7500" may be a streaming feature film, but it's an extraordinarily well-made one. I'd rather watch a terrific movie on my laptop than a bloated one in the grandest of theaters. Maybe soon we can get the best parts of the movie-going experience back together again.

Posted by Christopher Lloyd at 2:27 PM