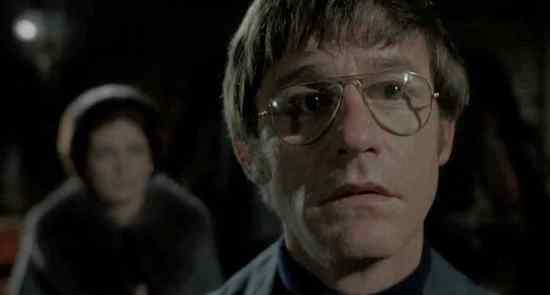 In 1973, horror was transitioning into its modern form. Prior to that it had always been a marginalized, rather sedate genre -- closer to fantasy than sheer terror. Killer blobs, killer birds, Byron-esque vampires. Horror movies often seemed to feature an erudite male authority figure trying to explain all the weird phenomena away, at least until he gets his comeuppance.

Roger Corman, Hammer Films and a few others were decidedly different with a gleeful, schlocky approach, though they rarely punctuated the upper levels of mainstream cinematic consciousness. Horror was seen as kiddie movies, and were pitched as such: scary, but not too scary.

George Romero changed things with 1968's "Night of the Living Dead," which actually tickled the primeval fear centers of the brain, not to mention featuring some rather gory violence. But Romero's next few films were fairly forgettable until the "Dead" sequel came a decade later.

Things really got kicked into high gear with the December 1973 release of "The Exorcist," followed by "The Texas Chainsaw Massacre" the following year, and "The Shining" the year after that. Six months before "Exorcist" came "The Legend of Hell House," which in many ways stands as the dividing line between new and old horror.

The film, directed by John Hough from a screenplay by Richard Matheson, based on his own book, can be seen today as the wellspring of the "haunted house" subgenre, in which all the action (or nearly so) takes place in a single supernatural location. We can see a lot of its features in subsequent films, from "Poltergeist" on up.

The setup is straightforward: four people spend a week in the Belasco House, the "Mount Everest of haunted houses," at the behest of a decrepit old tycoon (Roland Culver). Each of three experts is to be paid £100,000 -- almost $1.5 million in today's dollars -- to discover if "survival after death" is factually possible. The lineup:
The one thing I couldn't help noticing about the story is that the investigators fulfill their contractual obligations within the first day or two, as objects start flying and voices begin moaning. Barrett is using cameras, microphones and more sophisticated equipment to record it all. So they could all have decamped by Tuesday supper, collected their fees and lived happily ever after.

Both Hunnicutt and Franklin have nude scenes -- rather chaste by today's standards, as the film did carry a PG rating from the then-new MPAA -- and experience invasions by spirits that compel them to engage in sexual endeavors.

(Spoiler: it doesn't. Whether corporeal or not, men will say anything to a woman to get laid.)

Interestingly, the events take place in the days leading up to Christmas, though the significance of that is never commented upon. The days of the week would put the story as set in 1971 rather than '72.

It's an interesting movie, though not a particularly scary one by modern standards or even, I should think, those of its day. It's a whole lot of talking, questioning, arguing, with a few interruptions by doors that open and close themselves, falling chandeliers, that sort of thing. There's never any sort of physical manifestations of the Belasco spirits.

The performances are enervating, especially Franklin as a nascent goth girl type of figure, dressing in witch-y clothing. As Ben, McDowell seems largely constipated during most of the film, concentrating his energies internally rather than outward in a protective stance. Given he barely survived his last encounter with the house, we're never provided a compelling reason why he would return.

Much is made in the story about the difference between Ben and Florence's abilities, with the former being a physical medium and the latter a mental medium. These terms are banded about nonchalantly, as if the audience should understand the difference -- or even what a medium is, for that matter. The distinction also grows increasingly meaningless as the movie goes on, with Florence manifesting physical effects of her communion with lost souls, and Ben engaging directly with the spirit of Belasco in the final confrontation.

Speaking of which, the final battle and outcome is rather disappointing. It seems the great mystery of Belasco (spoiler ahead) is that he was actually short, rather than the 6-foot-5 behemoth he purported to be. Ben taunts him as a sawed-off runt he doubts was five feet tall. Belasco even took the dire measure of amputating his own legs so longer prosthetic ones could be installed.

Talk about the mother of all Napoleon complexes. But I have to say, "He killed because he was wee" does not exactly make for a compelling keystone for a vortex of supernatural evil.

Barrett's plan is to use his big whirring machine as a "reverser" to drain the house of the electromagnetic energy that has built up there over the years. It's totally gobbledygook, but it works, or at least mostly but not entirely, for reasons we shall see.

"The Legend of Hell House" is an interesting film, though not an especially good one. It's more notable for its place in the history of horror than any substantial terror generated. Brasher, wetter fare was still just around the corner.