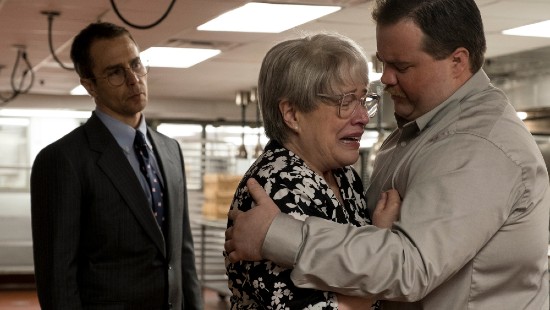 Richard Jewell was a man who was treated very unfairly by the media, and “Richard Jewell” is the movie that returns the favor. Despite being a very solid film, it was buried underneath a mountain of bad press and died a quick death at the box office. As the old saying does, don’t pick fights with people who buy ink by the barrel.

(Or whatever the modern equivalent of that would be -- “people who leverage digital impressions by the terabyte?”)

The beef has to do with the way the movie suggests that Atlanta Journal-Constitution reporter Kathy Scruggs (Olivia Wilde) obtained information in an unethical way. Her reporting (and those of many other outlets) indisputably was wrong and terrible, jumping to the conclusion that security guard Jewell (Paul Walter Hauser) planted the bomb at the Olympics rather being a hero who saved countless lives.

I hate that director Clint Eastwood and screenwriter Billy Ray felt compelled to portray Scruggs as sleeping with an FBI agent (Jon Hamm) to obtain the dirt that led to her big scoop. There is no evidence to suggest such a thing happened, and she (like Jewell) died young.

You can’t libel the dead, but you can try to resurrect their reputation. And this “Richard Jewell” does very well, despite the glaring flaw.

Hauser is very solid as Jewell, a simple man who yearned to be seen as a protector of others. But because he was an overweight guy with a slow Southern drawl, people were ready to jump to conclusions about him because he didn’t fit the image of the stereotypical hero.

Kathy Bates got an Oscar nomination for playing Jewell’s mom, Bobi, and she delivers a head-wallop of a speech in defense of her boy.

Also wonderful is Sam Rockwell playing Jewell’s attorney, Watson Bryant, a peevish loner who finds his best self defending an innocent man who has literally the entire country’s law enforcement and media establishment lined up against him.

Give “Richard Jewell” a chance on video. I hate that they maligned a journalist, even if she was the one who opened up a spigot of false information that nearly claimed a man’s freedom and very life. One bad turn does not deserve another, and it’s a really good movie despite this bad take.

Clint’s movies tend not to have a whole lot of bonus features on video release -- he’s an old-school guy who doesn’t believe in filmmaker commentaries and such. So all you get are two featurettes: “The Making of Richard Jewell” and “The Real Story of Making Jewell.”