Review: "All the Money in the World" 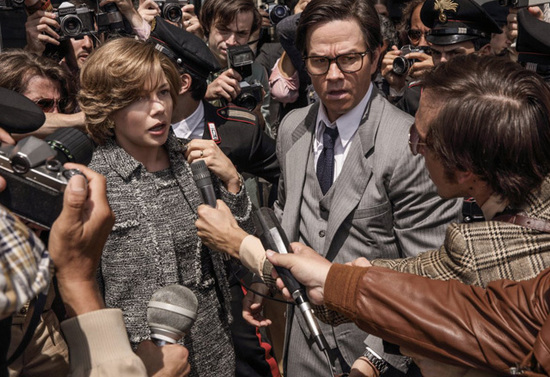 F. Scott Fitzgerald was probably not the first to notice it, though maybe he was the one to write it down: Rich people are strange; they're almost like a separate species from us.

I've never been wealthy, but have had the opportunity to observe or interact with a few up close over the years. Being fabulously rich doesn't automatically make you a bad person, but the opportunities and temptation to behave poorly are almost overwhelming.

Even those I would describe as "good rich" were united by a sort of unconscious arrogance, a sense that the people around them exist merely to acquiesce to their whims.

Ever try to disagree with a rich person? They will stare at you with a sort of puzzled detachment, like a wayward chihuahua that growls at them instead of fetching the paper as ordered. They know you can do them no real harm.

(I'm talking the really rich here, not the ordinary well-to-do. The sort who charter or buy airplanes instead of booking flights on one. They are innocent of TSA lines and pat-downs.)

A couple of quick anecdotes from my own experience:

I spent a year trying to nail down an interview with an A-list movie star who was improbably building a home in my neck of the woods. Without boring you with the details, I finally managed to get ahold of the person whose job title indicated he handled all of the star's media interviews. After talking with him on the phone, it became clear that his entire role consisted of keeping people like me away from his client. Like, imagine if the door on your office said "Director of Sales," and your actual job description consisted of preventing any sales from occurring.

Another time I oversaw the shooting of a PSA video that featured a billionaire. I'd done a bunch of these, and had taken to the practice of bringing a bottle of water for each of the principles, writing their name on it with a Sharpie. These shoots usually go on for an hour, requiring a couple dozen takes under hot lights. People's mouths get dry and they have trouble getting their lines out right. Anyway, I handed the b-man his water, and rather than thanking me he he looked annoyed. A flurry of activity was suddenly set off, as one of his many handlers present came forward to whisk the offending libation out of sight, to be replaced with a fancier one from the private stock. I've no doubt someone got a "talking to" about keeping peasant water away from the big man.

Alright, I've been going on for some time now without even mentioning the movie I'm supposed to be reviewing, which is "All the Money in the World." It's not among the higher-profile films coming out at Christmastime, and it's possible the only thing you've heard about it is that Kevin Spacey was in it, until he was not, and his scenes were hastily re-shot with Christopher Plummer replacing him.

All I'll say about the switcheroo is: I'm impressed. That it could be pulled off so quickly -- barely a month before the film's release -- or that Plummer's scenes fit so seamlessly into the whole of the piece. Though it's not the lead role, it's a pivotal one with about 15-20 minutes of screen time. A consummate professional and actor's actor, Plummer is evidently the sort you could hand the script to for the first time 30 minutes before shooting, and he'll still nail it on the first take.

The movie in total is good, not great. It's an "inspired by" look at the kidnapping of Paul Getty (Charlie Plummer, no relation to Christopher), a teen heir to the Getty oil fortune that happened during in Italy during the early 1970s. The young Getty was held for months, and suffered some rather nasty treatment, because his grandfather, tycoon J. Paul Getty (the other Plummer), refused to pay the ransom.

The story really centers on Paul's mother, Gail Harris (Michelle Williams), who was estranged from her husband and out of favor in senior Getty's eyes for supposedly taking his beloved grandchildren away from him. (Never mind that he had not even met them until a few years before the film's events.) She spends the movie trying to navigate a delicate balance between her wealthy ex-father-in-law and his cronies, a sympathetic kidnapper (Romain Duris) and the media scrum that ensued.

She's helped by Fletcher Chase, an ex-CIA agent-turned Getty lackey played by Mark Wahlberg who, I strongly suspect, is one of those pure Hollywood bullshit creations. I couldn't find any mention of such a person in historical accounts of the kidnapping, though it's not surprising that Getty might employ someone like that. There's also that name: Fletcher Chase -- sounds like the lead character in a fourth-rate spy novel.

I've been impressed by how much Wahlberg has evolved as an actor since his "Basketball Diaries" days, but he's pretty clearly miscast in this role. He wears three-piece suits and chunky glasses like they were handed to him by a rando costume designer five minutes before the cameras rolled. Ostensibly cool and professional, he comes off as bored and churlish.

Directed by Ridley Scott from a script by David Scarpa (based on a book by John Pearson), "Money" plays out like a standard-issue procedural crime drama, with all the usual twists and setbacks. We know the kid's going to survive -- otherwise the junior Getty wouldn't have gone on to sire actor Balthazar Getty in real life. So it's mostly an exercise in observing the how rather than the what.

Plummer is really the best thing about the movie. All his scenes sing with energy and music, even the stuff where he squares off with Wahlberg. They share a great moment late in the movie where Getty is walking away from Fletcher, who suddenly grabs him by the arm.

Plummer's eyes flare with a cold fire that illuminates the dark, rotting arrogance inside the old man's soul: The. Sheer. Audacity!

J. Paul Getty was a miserable old miser who placed more value on a stock ticker than his own flesh-and-blood. Not all rich men are like that -- hardly any, let's hope -- but "All the Money in the World" is an effective, if not terribly original, portrait of that which corrupts.