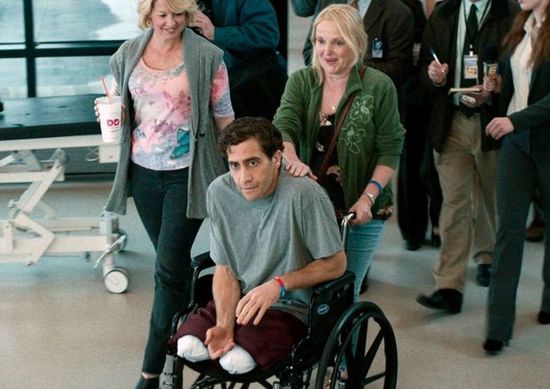 “Stronger” is probably not the movie most people were expecting. They may know it’s the story of Jeff Bauman, perhaps the most visible victim of the Boston Marathon bombing. He became famous for a grisly photo of him being wheeled away from the carnage, both of his legs shattered by the blast into gruesome shards.

When he helped identify the killers, recovered from his wounds and eventually was able to walk again with the use of two prosthetic legs, Jeff became of the face of Boston’s defiance against the terrorists, a beacon of pride and bravery for millions.

Except, Jeff didn’t feel like a hero. He was a regular joe with challenges and problems, who folded under the pressure of having his body torn apart by strangers, while other strangers lauded him for the simple act of surviving.

Directed by David Gordon Green from a screenplay by John Pollono (based on Bauman’s book), “Stronger” could have been a very corny movie. I think most filmmakers would have gone a very standard route: inspirational dialogue, syrupy musical score, a big speech at the end where Jeff appears before a stadium full of Red Sox fans and is celebrated.

Instead, the incident at the baseball field happens midway in the movie, and rather than orgiastic joy, it’s a nightmare of stress for Jeff. He practically seems to want to shiver out of his own skin.

It’s another amazing performance by Jake Gyllenhaal, who continues to astound with bold choices in his roles. Here’s a guy who possessed all the tools for a standard-issue movie star career -- blockbuster franchises, $20 million paydays, magazine covers -- and instead he searches for little projects like this that challenge him as an actor.

Tatiana Maslany plays Erin, Jeff’s erstwhile girlfriend. They had broken up at the time of his injury, and we observe them as shame and guilt serve to string the relationship along – which turns out to be doing the right thing for the wrong reasons. Miranda Richardson and Clancy Brown play Jeff’s estranged parents, who react to their son’s sudden fame with motives both nurturing, and not.

“Stronger” is uplifting, but not because it puts Jeff Bauman on a pedestal. Instead, it tells the real story behind the headlines, of a human being found the weight of the world too much to bear.

Perhaps owing in part to the fact the film was not a big box-office draw, bonus features for the video release are quite slim. The only extra is “Faith, Hope & Love: Becoming Stronger,” a short making-of documentary.”