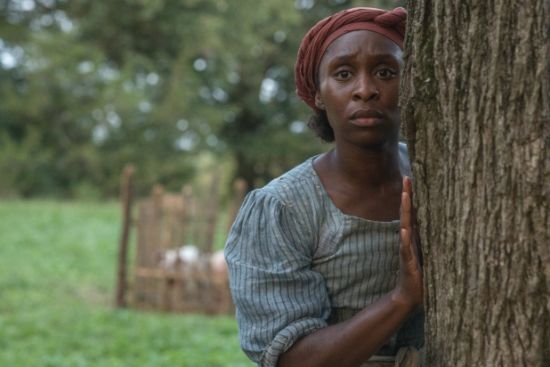 “Harriet” hasn’t been in the awards spotlight as much as it deserves. For me, there was no more powerful emotional journey in a movie this year than the story of Aramintra Ross, better known as Harriet Tubman, an icon of the Underground Railroad.

Tubman guided dozens of slaves to freedom, as she herself had made the harrowing journey as a young woman. She’s become such a mythical figure that the real woman behind the history text has been somewhat lost. Director Kasi Lemmons, who also co-wrote the screenplay with Gregory Allen Howard, breathes life into the legend.

Cynthia Erivo is amazing as Tubman, who gradually transforms from a timid, passive woman to a tough, no-nonsense leader of men.

Many people will be astonished to learn that Tubman was actually married at the time of her escape, to a freed black man no less (Zackary Momoh). But she remained a slave, having already seen her three older sisters sold like cattle and lost forever.

Joe Alwyn plays Gideon Brodess, the eldest son of the family that owns her. They grew up together as childhood friends, and it becomes clear as he becomes the patriarch of the clan that Gideon harbors a twisted obsession with Harriet. Sensing what is to come, she escapes to Philadelphia and falls in with the abolitionist movement.

During her missions to retrieve more slaves, Harriet wears men’s clothing and sings out to them in a resonant voice, old hymns about the slaves throwing off the yoke of the Egyptian pharaohs. Soon there is a large reward on the head of “Moses,” as the slave hunters come to call her.

Lemmons and Erivo go beyond mere biography to delve into the soul of a woman who felt a calling, and claimed to commune with God. “Harriet” takes a two-dimensional legend and gives her breadth and depth.

Video bonus features are not expansive but are quite nice. There is a feature-length commentary track by Lemmons; deleted scenes: “Her Story,” about the three women filmmakers who were key to bringing this story to the screen; and “Becoming Harriet,” an in-depth look at how Erivo built this character.