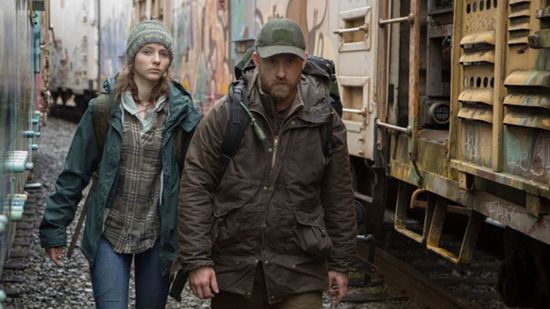 The tiniest of indie films, “Leave No Trace” barely was released into theaters. I’m agnostic on the big/little movie split -- I’ve seen just as many low-budget films that were honkers as blockbusters. But this is one of those cases where I make an outright pitch for people to catch something on video that got past them at the cinema.

Ben Foster, one of the finest actors working in film today, plays Will, the father of Tom (Thomasin McKenzie), a girl in her early teen years. He doesn’t seem to have anything important in his life other than being a parent. He and Tom live in the dense woods outside Portland, Ore., existing somewhere in the netherworld between camping and homelessness.

This film is directed by Debra Granik, who made the excellent “Winter’s Bone” a few years back and co-wrote the screenplay with Anne Rosellini based on a book by Peter Rock. It’s a very still, quiet, observant film. There isn’t a whole lot of plot or dialogue. The movie simply observes its characters and presents them as authentic.

We’re never explicitly told what sent Will and Tom into hiding -- and that is the best word for what they’re doing. Breadcrumbs of hints are dropped suggesting perhaps he is an ex-soldier with PTSD. He receives medication from time to time that he turns around and sells to homeless veterans.

Without giving anything away, events transpire to draw the pair out of their secluded world and into a larger community. This is treated by Tom as an opportunity to grow and change, and by Will as a danger that will result in the loss of the only thing he truly treasures: his relationship with his daughter.

“Leave No Trace” has a quiet power. It’s a look at a very unique bond between two people that is threatened by their introduction into regular society.

Bonus features are decent. There are deleted scenes, behind the scenes footage, a photo gallery of shooting locations and a making-of documentary.