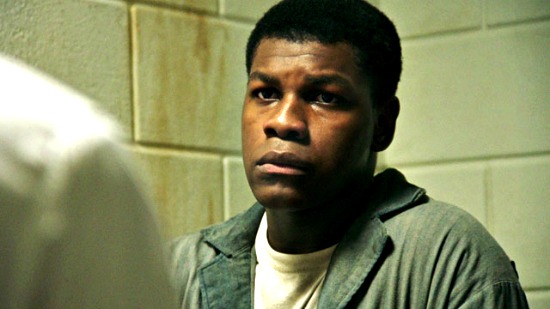 Political correctness is a sordid game I refuse to play. But even I admit I’m uncomfortable with a feature film about the 1967 Detroit riots with an almost entirely white creative team.

Director Kathryn Bigelow reteams with her “Zero Dark Thirty” and “The Hurt Locker” screenwriter, Mark Boal, in a film that attempts to look at the watershed civic unrest from the perspective of African-Americans who suffered at the hands of brutal police tactics. While most of the cast is black, the movie struggles to get over a sense of existing more to soothe white guilt than chronicle a racist tragedy.

Indeed, the first words we see or hear refer to the 1967 riots, also known as the 12th Street riots, as “the Detroit Rebellion.” I don’t know any serious historian who would use that term, which refers to an organized uprising designed to topple the power hierarchy, either by replacing the exiting government or splitting off from it.

Somehow, I doubt even the people who took to the streets, throwing rocks and setting storefronts on fire, would have called their actions a rebellion. They were simply enraged at being continually abused and stepped upon, and reached a point where they didn’t want to take it anymore.

I admired the film but got stuck on the fact this wasn’t the movie I was expecting. This is not a comprehensive look at the root causes of the unrest, the tactics undertaken by authorities to quell the violence, or the aftermath suffered by a community that struggles to this day to overcome that dark moment in history.

Indeed, if any moment can be pinpointed as the tipping point of when the great modern divide in America began -- between cities and suburbs, whites and those of color, blue and red -- the ’67 riot is it.

Although Bigelow and Boal start their story in the streets, this is really the tale of the Algiers Motel incident. Largely forgotten now amidst the bigger backdrop of the riots, this was the case of Detroit police officers, state police and national guardsmen detaining a group of young black men and two 18-year-old white women after gunshots were heard from the annex of the motel, a party spot a few blocks away from the mayhem.

Over the course of several hours, the suspects -- who were never charged with anything -- were beaten, abused, assaulted. It became clear the white officers were angered by white girls dallying with black boys. Three black men were fatally shot, with trumped-up excuses after the fact to justify self-defense by the officers. It was, as depicted in the film, essentially torture.

Anthony Mackie plays one of the victims, a recently discharged Army soldier, and Hannah Murray plays the mouthy girl. Algee Smith is Larry, lead singer of an up-and-coming Motown group called The Dramatics, who gets caught up along with his manager (Jacob Latimore).

Baby-faced Will Poulter is the central villain as the police officer directing the interrogation; earlier in the day we watched him pump two shotgun blasts into the back of a looter carrying groceries. Jay Reynor and Ben O’Toole are his wing men, dim and deliberate, respectively.

John Beyega is more or less the central character as Mel Dismukes, an African-American man working as a private security officer protecting a nearby business. He continually inserts himself into situations, using his uniform and officious demeanor to stave off some of the worst law enforcement abuses of black folks.

The film unequivocally presents Dismukes as a hero, when in fact he was charged with abusing the Algiers suspects along with the three police. All were found not guilty (though not, as the movie condenses, in the same trial).

Exactly what happened in the motel remains sketchy even today, though the movie carelessly presents its own version with crisp black-and-white lines, knowing this is what will be etched into the public consciousness.

From a narrative and technical standpoint, “Detroit” is a very well-crafted film that strings the audience’s emotions along with an expert hand. What’s less clear is who this movie is about, or for.