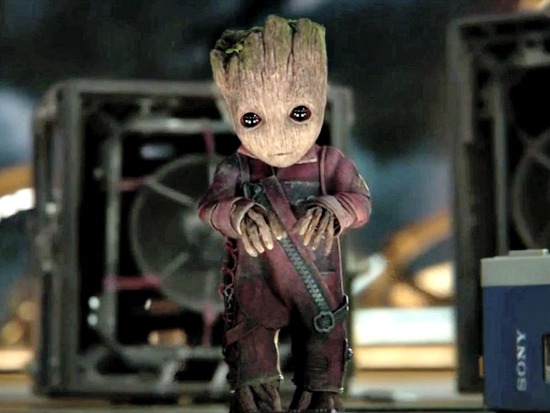 Usually when a movie is successful enough to merit a sequel, the inclination is to do more of what the first one did well. An action flick must be even more packed with it, a supernatural thriller needs bigger twists, and so on.

“Guardians of the Galaxy” was the first flat-out comedy superhero film. Yet rather than just go for more laughs, the filmmakers made a conscious decision to focus on character-building rather than just yuks. I think it was the smart move.

“Vol. 2” doesn’t have the freshness and zing of its predecessor, but it’s a satisfying extension of this corner of the Marvel universe – which, in this case, is a good chunk of the actual universe.

The basic plot is that the Guardians are once again being chased by a bunch of galactic forces for various reasons, mostly of their own making. They run into an odd being named Ego (Kurt Russell), a powerful alien who claims to be Peter’s father. Everyone hops back to his DIY planet to hash out familial connections and hidden motives. There we meet Mantis (Pom Klementieff), Ego’s assistant/pet, an empath whose naivete about mortals is a strange parallel with Drax’s tendency to verbalize the things most people would leave unspoken.

Returning characters include Nebula (Karen Gillan), Gamora’s death-seeking, cybernetic sister, and Yondu (Michael Rooker), the colorful space pirate who kidnapped/adopted Peter when he was a boy.

It’s not better, but I would say “Guardians of the Galaxy Vol. 2” is in many ways bigger than the first movie. Its ambitions, and the depth of its mythology, has expanded considerably.

Video extras are quite expansive, though you’ll have to spring for the Blu-ray edition, as there are none on the DVD.

There is also some bonus material available digitally, including breakdowns of three key scenes that shows how CGI-heavy movies are built up layer-by-layer. And there’s a sneak peek at the forthcoming Guardians ride at Disneyland.

Posted by Christopher Lloyd at 11:51 AM