Review: "Year by the Sea" 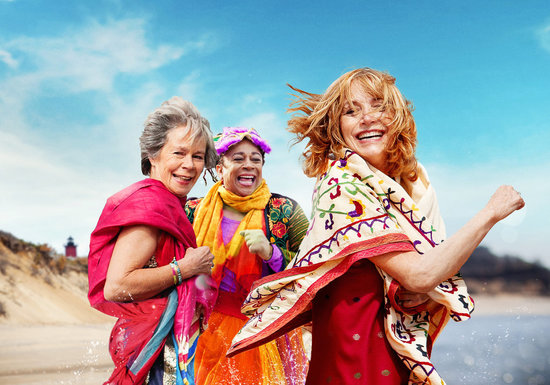 "Year by the Sea" is one of those little movies about seemingly small things that has big import. It stars Karen Allen as a woman who has spent the last 30 years being a wife and mother, and decides it's time to try something else.

For her, this involves separating from her husband and living in a ramshackle cottage on the shores of Cape Cod. A writer struggling to find something to write about, she meanders about for a bit before making some new connections, while reassessing her marriage and deciding what kind of life she wants to have going forward.

We are lucky to be seeing more films starring older women feeling the second blush of romance, as in "Paris Can Wait" earlier this year with Diane Lane. But "Year" is not so much about romantic love as finding new things in life to love.

The film was a labor of love by producer Laura Goodenow, who lives in Indianapolis and turned from journalism to creative ventures. Based on the best-selling memoir by Joan Anderson, the project got its initial funding from a Kickstarter. It's a testament to the notion that you don't need major studio backing or a Hollywood address to make movies.

Allen is sensitive and empathetic as Joan, who's become a rather passive person. Her husband, Robin (Michael Cristofer), is a businessman consumed by anger and resentment. He's close to retirement age and finds he is being transferred from Nyack to Witchita.

After one son gets married and the other moves out, Joan decides seemingly spontaneously to not join Robin in Kansas, and instead rent a cottage in a small fishing town, Sealway. This widens the split with Robin, who feels everyone is looking to put him out to pasture.

I became silent, Joan narrates, and he became stony.

The cottage is very remote -- as in, it's only accessible by a ride on a dinghy across the bay. Joan settles in and starts to explore the town and its denizens. Her first encounter is with another Joan (Celia Imrie), a free spirit who's as grounded as our Joan is adrift. This Joan has the self-knowledge our Joan lacks. She's married to a famous psychiatrist who's convalescing in a nursing home, uncommunicative but still emotionally attached.

Joan's other lifeline is her book agent, Liz (S. Epatha Merkerson), who calls and drops in to ask about when the next work is coming. (It's not.) She also takes a job in the shop of a kindly local fisherman, Cahoon (Yannick Bisson). He's married to Judy (Jane Hajduk), the town scold.

There's also a friendly shopkeep at the local store/diner (Monique Gabriela Curnen), whose boyfriend is controlling and belligerent. Plus the usual array of background characters, such as the old coot who lives off the generosity of people like Cahoon, who gives him unsold bait for his stew.

Things go from there, without much of a narrative thread other than Joan's gradual progression into a distinct person who does and thinks for herself. Robin swings in for a Christmastime visit, but old troubles remain much as they were. There's a suggestion of a spring/autumn attraction with Cahoon -- but as I said, "Year by the Sea" is about the totality of a woman rather than just her amorous attributes.

The movie was adapted and directed by Alexander Janko, a rookie behind the camera whose background is on the musical end of film -- a transition you don't often see. (Never, in my own experience.) He shows a steady hand with controlling the mood and pace of the film, which is deliberately languid and contemplative.

The performances from the cast are uniformly wonderful, especially Allen. Her lovely, naturally weathered face is a mask of yearning and sadness, counterbalanced with burgeoning joy. There is an unavoidable touch of Hallmark Channel-type sentimentality in the proceedings, unhelped by Janko's own musical score of piano trills and strings.

The cinematography by Bryan Papierskiis terrific, using the washed-out colors and natural wonders of Cape Cod, including abundant seals and other creatures, to great effect. In many ways the backdrop resembles the inner turmoil of Joan, who's watched the tide go out on her own life and is waiting for something else to replace what was there.

"Year by the Sea" is a movie that thinks, not one where stuff happens just to fill the running time.

Posted by Christopher Lloyd at 11:22 AM