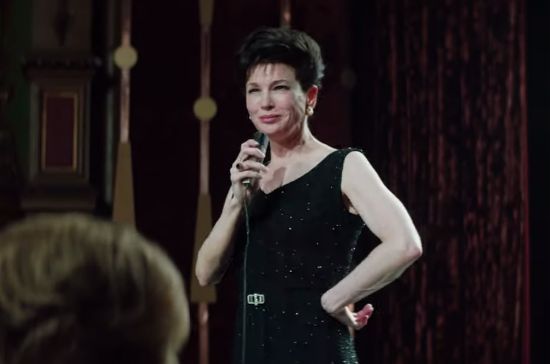 "What’s ‘Judy’ about?” someone asked me when the film was hitting theaters.

“It’s about Renée Zellweger making her big comeback and giving an Oscar-bait performance,” I responded.

“It’s a movie about getting Renée Zellweger her big comeback performance and maybe winning an Oscar.”

A bit flip, but true. “Judy” is one of those movies that isn’t just built around a leading performance, it is the film in its entirety. Zellweger plays Judy Garland during her last bitter years, her star faded but her voice still strong.

It’s a great role for an actress whose career hit a slump around age 40, as so many sadly do. Hollywood loves the ingénue and seems to have little room for women in their middle years. It happened to Susan Sarandon, Helen Mirren and Meryl Streep, too.

They managed to turn it around and cruise into their “grand dame” years, and that’s what Zellweger’s turn here is trying to do.

I liked the film without really falling in love. I often find that biopics containing a single overpowering performance – “Ray,” “Capote,” etc. – tend to have an innate ceiling below greatness. Stories and secondary characters are shunted aside in the bid to keep the spotlight burning bright on the star.

Set in the late 1960s, the story follows Garland when she was booked to play an extended engagement at a London theater. She was long sick of showbiz, but with bills to pay and an ongoing custody battle for kids, Garland didn’t have much choice.

Jessie Buckley plays Rosalyn, the handler assigned to watch over Garland and make sure she shows up for her performances and not get too drunk. Some flashback scenes feature Darci Shaw as a teen Garland first getting a harsh introduction to Hollywood via a creepy Louis B. Mayer.

“Judy” is a solid biopic, but once you get past Zellweger’s snappy performance as a self-loathing faded star, there’s not much fairy dust to speak of.

Bonus features are fairly skimpy. There’s just an image gallery from the set and a documentary, “From the Heart: The Making of Judy.”

Posted by Christopher Lloyd at 8:37 AM