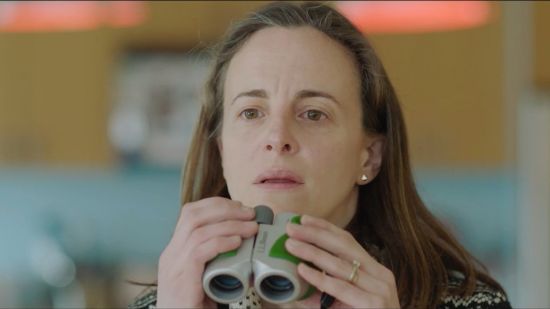 This powerful drama set in Tunisia looks at a traditional family of sheepherders torn asunder by international strife. The eldest son, Malek, returns home after disappearing for a year to help fight in Syria. The stern father, Mohamed, suspects that he has joined ISIS or similar Muslim extremist groups, and also is upset about the appearance of a mysterious wife covered head-to-toe in traditional garb. His wife is defensive of the son, and the bickering turns into ugly confrontations and haste choices. A headline subject translated to the family unit with grace and humanity.

Absolutely riveting Belgian drama about an emergency operator receiving a call from a woman who’s been kidnapped and is being driven somewhere by her captor. The worker and the victim must negotiate a delicate conversation in which they do not talk directly about getting her urgent help, since the man is sitting next to her and can hear one side of the conversation. The operator has to impersonate the sister, Lulu, and they form a bond in just a few fraught moments. Adding to the tension, we can barely make out anything inside the darkened car. Taut and telling work by Delphine Girard.

The always-terrific Maria Dizzia is wonderful in this drama that's about sexuality, family, voyeurism and community. She plays a mother living in New York City with her husband (Greg Keller). They are bordering on middle age and hectored with two children and another on the way. A young, attractive couple moves into an apartment across the way and has frequent, athletic sex with the blinds open. They begin watcing them, at first annoyed and then a little obsessed. The youth and vitality they see reminds them of what's behind them; the contrasted reality of their own relationship, which exists in only the little snippets between constant childcare, results in conflict. Then the story becomes even deeper and richer. Marvelous storytelling from writer/director Marshall Curry; if it were possible to get an Oscar nomination for a short film, Dizzia deserves one.

An amusing little comedy with some social commentary on top. A pair of brothers, perhaps ages 7 and 13, are traveling across the Tunisian mountains on a motorcycle. They’re obsessed with football and arguing about who the best striker is. On a stop the little one encounters a strange sight: a lost donkey wearing headphones. The older brother is annoyed, until he peaks into the animal’s baskets and discovers something unexpected.

A harrowing tale based on the true story of a tragedy at a Guatemalan orphanage that’s more like a prison for children. Saria lives there with her slightly older sister after their mother was killed. The guards wander the halls with clanking keys at their built and a baton at the ready. Children are made to work all day when they’re not in class. Saria dreams of escaping to America, which they hear is a land of tres laches cake every day. Her sister is more concerned with the cute boy in a green shirt. A well-told tale of tragedy.

Posted by Christopher Lloyd at 11:52 AM