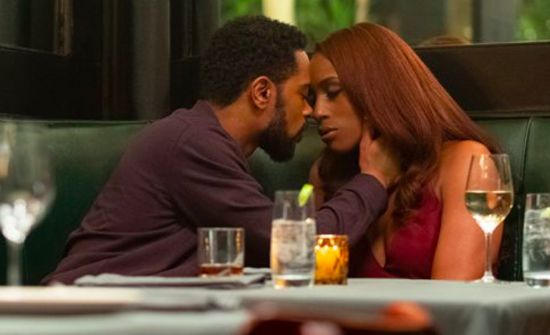 You probably missed “The Photograph,” as it dropped in theaters in mid-February in The Before Time. It stars Issa Rae and LaKeith Stanfield, respectable young African-American actors but not exactly household names. It’s got some nice performances and a slow-burn form of storytelling that works well for home viewing.

The structure of this romantic drama reminded me a lot of “The Notebook,” in that it’s a time-shifting story in which we’re not entirely sure of how the various characters and stories will synch up. Writer/director Stella Meghie has a good nose for pacing and teasing out the important story elements.

Stanfield plays Michael, an ambitious journalist for a New York magazine whose life is in a state of flux. He recently had a bad breakup and is considering ditching everything for a new job in London. While chasing an unrelated story in New Orleans, he interviews an old fisherman, Isaac (the always-terrific Rob Morgan), sees a photograph by well-known photographer who recently passed away, and eventually the trail leads to her daughter, Mae (Rae).

She’s at her own precarious waypoint in life, assistant curator of a Big Apple museum. The two find an instant connection, but of course have to slow-dance around their feelings. They’re wounded people who don’t want to get hurt again, so they resist the pull they both feel.

This tale is told in parallel with Mae’s mother as a young woman (Chante Adams) and her lover (Y’lan Noel). We sense that the wayback romance will somehow link up with the new one, but strangely we don’t find ourselves in a hurry to get to the revelation.

Stanfield and Rae are serious eye candy as a couple, and there’s an almost film noir-ish way Meghie shoots them. “The Photograph” is a grown-up movie that views love as a two-edged sword that holds as much potential for pain and regret as joy.

Bonus features are nice but not terribly expansive.

There’s a making-of documentary featuring interviews with the key cast and crew; “Culture in Film,” a featurette on the importance of representation in the film industry in front of and behind the camera; and “The Film Through Photographs,” which looks at how the movie uses still images to delve into its narrative and characters.