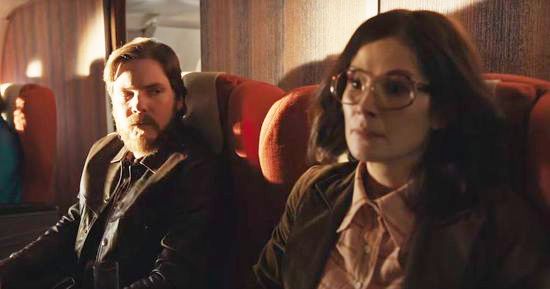 It is a strange truism of history that we better remember the disasters than the victories. At least, on a smaller scale. The really huge successes like, say, the evacuation of Dunkirk spawn reams of books and even an Oscar-nominated film.

But the rescue of a hundred mostly Jewish hostages from terrorist hijackers? That sort of thing of thing tends to recede into the ocean of the collective consciousness.

I’ll admit I was not very aware of the Air France flight hijacking of 1976. True, I was a small child at the time. But it’s inarguable that it doesn’t have the sort of profile in the public record that the Munich Olympics kidnappings or the United Airlines Flight 93 hijacking on 9/11 do.

(Both examples got their own major motion picture adaptation, by the way.)

But Operation Thunderbolt, in which Israeli special forces mounted a daring rescue at Uganda’s largest airport, is one of those quiet watershed moments that deserves its own cinematic commemoration. It arrives in the form of the thoughtful and suspenseful “7 Days in Entebbe.”

The rescue became the model for the militaries of other nations, including the U.S., to study for successful operations of this type. It marked the moment when Prime Minister Yitzhak Rabin and other senior Israeli officials started to back away from their policy of never negotiating with their enemies.

The operation was also notable for the single Israeli soldier who was killed being the older brother of Benjamin Netanyahu, the current hard-line leader of Israel.

Director José Padilha and screenwriter Gregory Burke approach the historical events at eye level, showing us how the week transpired from the sides of the hostages, the airline pilots, the Israeli leaders mulling over whether to give into demands and the soldiers tasked with planning and executing a bold solution.

Perhaps controversially, they also include the terrorists in the equation, depicting them not as killing automatons, but human beings with doubts, convictions and complexities.

Daniel Brühl and Rosamund Pike are, in fact, the main characters as Wilfried Böse and Brigitte Kuhlmann, two German revolutionaries responsible for leading the actual hijacking of the flight from Tel Aviv, diverting it to Entebbe, Uganda.

They are doing this out of solidarity with Palestinians, and in fact the major demand of the terrorists was the release of 50 or so mostly PLO prisoners held by Israel. They fret about being viewed as Nazis, since roughly a third of the passengers are Jew -- especially if it becomes necessary to kill the hostages.

They wrestle with their conscious, especially after they arrive in Uganda and the Arabs take over, separating the Jews from the rest of the hostages, some of whom are released at the urging of Ugandan leader Idi Amin (a terrific Nonso Anozie), who collaborated with the terrorists.

In the Israeli corridors of power, Prime Minister Rabin (Lior Ashkenazi) vies with Defense Minister Shimon Peres (Eddie Marsan) over whether to negotiate with terrorists or attempt a rescue. It’s an interesting power play, as Peres urges the attack not only because he believes it’s the right thing to do, but also because its failure would likely push Rabin out of office.

“7 Days in Entebbe” is an often gripping movie that tells about a pivotal moment in time that’s been largely forgotten, and the very real people caught up in it -- both the tragedy and the triumph.