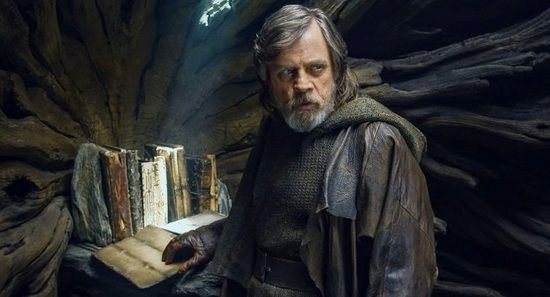 Some people were upset with me when I dubbed “Star Wars: The Last Jedi” the weakest film in the franchise. But I think it’s an easy call.

Which isn’t to say I didn’t like the movie. I surely do. I’ve adored all the Star Wars films on some level. Again: that doesn’t mean I turn a blind eye to their flaws.

The ninth entrée in the franchise introduces new characters, in addition to the ones we met in “The Force Awakens.” The two most notable newbies are Kelly Marie Tran as Rose, a mechanic with the rebellion who goes off on an (in the end, totally unnecessary) adventure with Finn (John Boyega), and Laura Dern as Vice Admiral Holdo, who takes over leadership of the rebellion when Leia (Carrie Fisher) is laid up.

The plot is essentially one long chase, as the Empire (now called The First Order, but functionally identical) pursues the last remnants of the resistance across space, in a race that becomes a standoff. (Apparently, all large ships in this universe travel at the exact same sub-light speed.) Hothead pilot Poe Dameron (Oscar Isaac) is hatching all sorts of schemes to turn things around, but the lady leaders stay the course.

The real meat of the action takes place with proto-Jedi Rey (Daisy Ridley), who seeks out self-exiled Master Luke Skywalker (Mark Hamill) to beg him for help. But Luke has become disillusioned and despondent, refusing to join the cause… though he offers Rey a little light Jedi training.

Meanwhile, Darth Vader grandson/heir apparent Kylo Ren (Adam Driver) and Rey find themselves sharing a psychic bond through the Force. Their communication leads to an uncomfortable sense of attraction between the two, which will get played out when the pair is eventually presented to the new Emperor, Snoke (Andy Serkis).

Writer/director Rian Johnson often struggles to formulate all the people and events into a cohesive narrative whole. At a smidge over 2½ hours, this is the longest “Star Wars” movie, and it could greatly have benefited with some tightening of the story.

Still, it’s an enjoyable bit of space opera, filled with massive special effects and action set pieces. The entertainment value is still very, very high. But I find it hilarious that people who love to rag on the “terrible prequels” aren’t willing to train the same level of scrutiny on these newer films.

These include a feature-length audio commentary track with director Johnson; deleted scenes; footage of Serkis’ on-set portrayal prior to the post-production digital makeover into Snoke; extended breakdowns of three key sequences; “Balance of the Force,” which explores the mythology of the Force; and “The Director and the Jedi,” a feature-length documentary on the making of the movie.