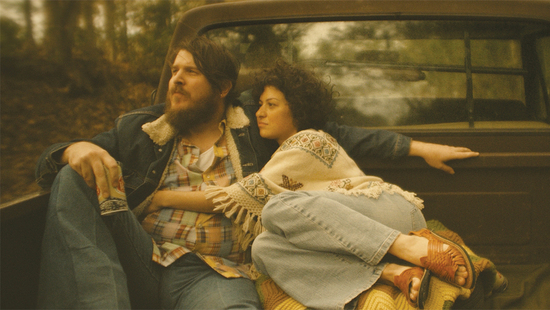 “Blaze Foley was a genius and a beautiful loser.”
--Lucinda Williams


“Blaze” is a hazy, mournful elegy for a man many have called the greatest country music singer-songwriter nobody’s ever heard of.

He’s revered by folks in the industry, many of whom have covered his songs (Merle Haggard, Willie Nelson) or wrote their own about him (Lucinda Williams, Townes Van Zandt). Blaze died nearly 30 years ago, gunned down at age 40 while defending a friend. His few albums barely leave much of a recorded legacy, , including instances where the master tapes were stolen or disappeared.

This film is Ethan Hawke’s attempt to resurrect Blaze’s ghost and give us a haunting portrait of a legend that never was.

Hawke has quietly directed a few small films over the years. He co-wrote the script with Sybil Rosen, based on her memoir of her romance and doomed marriage with Blaze. Musician Ben Dickey, stepping in front of the camera for the first time, gives a memorable, aching performance as a man who, as a friend described, knew the value of being zero.

An enormous person, Blaze was physically arresting, hobbling on one leg shortened by infant polio, sporting a waist-long beard and festooned cowboy hat that hid most of his head, his coat and boots trimmed with duct tape -- partly to keep them together, partly as a poke at the urban cowboy trend of the time.

He was usually drunk when he performed, and also when he did not.

Alia Shawkat plays Sybil, and the movie is at its best in skimming through their relationship. The story jumps forward and back in time, like a family album that’s being flipped around by someone clutching at painful memories. For a time they lived in a ramshackle treehouse on a commune, he picking out songs on his guitar and she acting in the local playhouse.

Narratively, the movie is deliberately unfocused. It plays out with not one but two framing devices. In the first, Blaze delivers his final performance at a dive bar in Austin -- quite literally the “Outhouse” -- where he is recording an album using his last few dollars. In between songs he delivers a heartbreaking sermon-slash-confession to the spare, indifferent audience, with one interruption to throw down with a rude patron yammering on the phone.

In the other, two of his collaborators and best friends, Townes Van Zandt (an arresting Charlie Sexton) and Zee (Josh Hamilton), are being interviewed by a radio DJ (Hawke himself, only heard and seen from behind). It’s ostensibly to promote a new album by Van Zandt -- a fellow traveler on the path of wastrel gypsy troubadours -- but they spend the whole time talking about Blaze, someone the DJ has never heard of.

Watching the movie is like walking through a waking dream. It’s an absolutely gorgeous-looking film (cinematography by Steve Cosens) that uses Blaze’s music as the quiet engine that powers the imagery, which is often a mix of montages with little narrative intent.

For example, a song will start with Blaze singing it at that dive bar, then switch to a vignette of Blaze and Sybil rambling around their shack decades earlier, and then the moment when he first wrote it.

Characters speak in lifelike, hard-to-understand dribbles of overlapping dialogue. Especially Dickey, whose deep-chested rumbles often seem like they barely pass through his mouth for refinement into coherent words. It’s an odd trend, this incomprehensible dialogue, undertaken by disparate filmmakers in recent years, and one best reconsidered.

“Blaze” is a very atypical biopic about a rather unusual figure. By any reasonable reckoning, Blaze Foley was a drunkard who failed at everything he tried. But he wrote a few songs that people still sing, and left an indelible portrait on those few fortunate enough to have known him. Some might call that very lucky indeed.