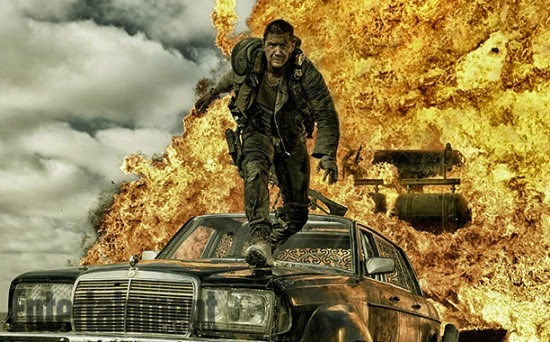 I hadn't originally intended to do a "best of the decade" list, just because it seems like everyone else is and such things are by their nature a bit arbitrary. Plus, as the eggheads like to remind us, technically the new decade doesn't start until Jan. 1, 2021.

(Frankly, they can blow it out their wazoo. By this reckoning a person who's just shy of 41 can claim they're still in their 30s.)

But it's kind of fun and I like having arguments about favorite things.

Also, the "10's" or whatever we're calling it -- weird that we reached the end of this decade without coming up with a universally accepted name -- marks a full decade of The Film Yap and my blog as standalone, independent movie outlets. So I was able to just look at my annual Top 10 lists and winnow them down.

Not surprisingly over the course of a decade some films rise and fall in my estimation. Entire years are not represented -- including 2019, a below-average cinematic year in my book, which is why this piece is actually publishing ahead of my list for this year.

You might be surprised to find that in some cases movies that ranked lower on that year's Top 10 ended up higher on the decade list, while others moved down or didn't make it at all. That represents how movies wax or wane in our eyes with the passing of years.

So here's the list:
"Mad Max: Fury Road" has it all: reviving a cinematic icon while creating a new character who is just as compelling as he is, and surrounding them with a world that feels dense and lived-in. Much the same goes for "Blade Runner 2049," which is a completely satisfying follow-up to a film I thought defied sequelization.

"Lady Bird" is a singular movie: semi-autobiographical, specific to a time and place, with riveting performances all the way down. I was a little disappointed in "Little Women," but I'm looking forward to the next 30-40 years of Greta Gerwig films with bated breath.

More than anyone Roger Ebert determined the form of film criticism going forward: starting in newspapers, graduating to television and finding his fullest voice online. I saw no better documentary than "Life Itself" this decade.

"Spotlight" and "Hell or High Water" are the fullest expressions of very specific genres: journalism movies, for which I have an obvious affinity, and modern/revisionist Westerns.

"Green Book" and "The Big Short" are polar opposites: one seeks to comfort/uplift and the other to afflict/accuse.

Both accomplish their goals rapturously well. "Room" is still a great movie but has fallen down my list, just because seeing it for the first time is such a singular experience that subsequent viewings aren't as completely engaging. "The Silence of the Lambs" is the same way.

"The Social Network" will be studied as a terrific time capsule of our culture at the cusp of the social media/mobile device age. It's hard to describe how different our daily interactions are from where they were just 10 or 12 years ago.

I could make a tally of "almosts" as long as your arm, but I will share the other films I struggled to eliminate from this list: "Whiplash," "Her," "Prisoners" and "Pacific Rim."
Posted by Christopher Lloyd at 4:02 PM