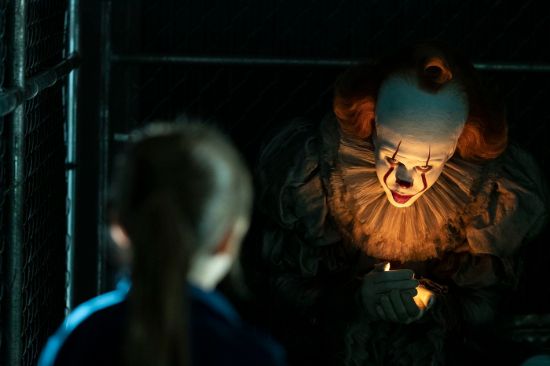 I liked the first “It,” even though it had a very derivative Goonies-meets-Stand By Me-meets-Stranger Things vibe to it. It’s about a bunch of kids who battle an ancient evil spirit that takes the form of a wicked clown, eating flesh and swallowing souls. It was moody and scary as heck, with Bill Skarsgård seriously stoking nightmares as Pennywise the Dancing Clown.

The sequel, “Chapter Two,” picks up 27 years later with the kids all 40ish adults to once again battle Pennwise, aka “It.” And it’s an often dull, discombobulated mess.

Let’s start with the fact the movie is nearly three hours long. The list of horror movies that run three hours is very short, and the ones that are any good is an even shorter, possibly empty enumeration.

It relies way too much on “jump scares,” aka sudden bursts of something bursting out at you rather than building a pervasive mood of dread. And characters, who were distinctive and interesting as kids, are rather drab and indistinct as adults. A few I had trouble telling apart.

As the story opens in the present day, all of the Losers except Mike left their hometown of Derry, which seems to have an overabundance of children who go missing over the years. These wave of kidnappings -- never solved -- coincide with the return of Pennywise to feed on his pet prey.

“It: Chapter Two” isn’t particularly scary, and many of the adult characters are just plain annoying. It’s one thing to root for kids, and another to be bored by the adults they turned into.