What we miss when we miss going to the gym 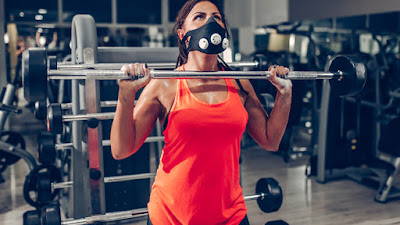 Though it may seem trivial given everything that’s going on -- including the virtual shutdown of movie theaters, libraries, live performances, museums and other centers that form the basis of our culture -- one area I’m feeling quite personally is the loss of our public gyms. I visited our local YMCA on Saturday, and I fear it will be my last visit to a workout facility for a while.

This pains me for a number of reasons, both physically and spiritually.

Thirty years ago this year, I wandered into the basement gym at my NYU apartment building to perform an awkward workout. And in a way, I never really left.

During the three ensuing decades, I have never missed going to the gym for more than a week. And even those occasional misses were owing to things like travel, illness or surgery. Even if one part of my body was temporarily immobilized -- including most recently the excision of melanoma on my shoulder -- I still found a way to exercise the rest of me.

I am not a gym rat by disposition. In fact, it’s fair to say I dislike working out. I loathe “muscle culture” and the performative aspect some people bring with them to the gym. Dudes who grunt loudly during their reps or women who do butt lifts right in front of the treadmills while the area off to the side is empty earn their eye-rolls.

But it’s something that’s become so ingrained into my day-to-day existence that having it suddenly removed feels traumatic.

My relationship to my body, like many people, has evolved over the years. I was painfully thin and self-conscious as a child and teenager. I still remember the older boys on my block being fascinated with my toothpick-like arms, forcibly rolling them in their larger, rougher hands to marvel at the lack of muscle tissue. My senior year in high school I struggled to get above 135 pounds.

Then came college, where the proverbial “freshman 15” became double that or more. It was around the time I was somehow both scrawny and doughy that I started lifting weights and doing cardio.

Practices become patterns, patterns become habits, and habits become lifestyle. The first couple of years, I worked out without fail every other day.

There actually existed a brief time in my early 20s when I was in really good shape, though I was largely unaware of it at the time. I managed to build a little muscle mass and trim down, and daresay I was fairly “cut” by standards of the time. I was even approached by a photography student about doing some modeling, which I turned down because it involved nudity.

(Here’s where my brain was then: I thought she was making fun of me, because no one could possibly want to see me without my clothes.)

The years turn and now I’m a middle-aged guy with the accompanying aches and pains. My workout goals today are simple: keep the flab at bay, maintain a little muscle tone and flexibility. I’ve incorporated more core exercises and stretching. I had to permanently give up bench presses upon doctors’ orders after operations on both shoulders.

My biggest change was dropping from three gym visits a week to two. After our second child arrived, it just became too difficult and stressful to find the time, especially with two parents trying to coordinate workouts. I found myself getting frustrated at missing my regular workouts, which often led to skipping another. Once I gave myself permission to stay at two for the time being, I’ve been able to maintain the schedule with little compromise.

I’m hardly buff and could stand to lose 10 pounds, but I take some measure of pride in having a better-than-average “dadbod.” My torso slopes inward rather than outward from top to bottom. When I buy shirts or suit jackets I get a small, secret thrill from picking from the “slim” or “fitted” selection.

My late friend Matthew Tully and I would bump into each other at the same Y, and talked about how the age of 45 seems to be a major breaking point for most men. It’s around then you make the commitment to try to live healthfully, or largely give up and let yourself go to pot. Ironically, before his bout began with the cancer that would eventually claim his life, Matt was at or near the best shape of his life.

I didn’t think I liked socializing at the gym -- get in, work out, get out was my creed. But I fear I will miss the sense of connection with familiar faces at the front desk or in the main wellness center. There is a very small but reliable group of regulars with whom I exchange a few words or just a nod.

My teensy bit of fame as someone who regularly appears on local television occasionally leads to strangers initiating conversations about movies. At first I found it weird but admit to enjoying being solicited for my opinion on what to see.

For someone who doesn’t really like to exercise, I am afeared of breaking my 30-year habit. Early this morning I was able to take a 45-minute brisk walk and do quick sets of sit-ups, push-ups and dips (balancing on the backs of two chairs). But it can’t substitute for the free weights and specialized equipment at a gym.

There are many communal experiences we’ll have to eschew for the time being. It feels like putting your life on hold, or at least parts of it. But sometimes you have to subtract in order to add, or in this case risk losing even more.
Posted by Christopher Lloyd at 1:28 PM