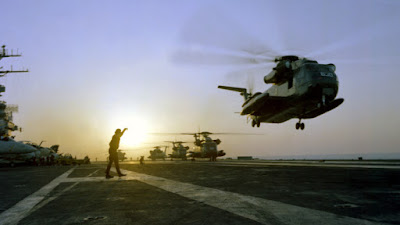 What do we think of when we think of the American hostage crisis in Iran? If you're like me and was a kid at the time, your first memory was of a bunch of angry, militant Muslims taking innocent people captive and holding them for more than a year.

You probably also think of Jimmy Carter, a well-meaning president whose response was ineffectual and weak. Most people think his lack of military action emboldened the Ayatollah Khomeini, the ersatz leader of a fundamentalist movement that would eventually bring its long, spidery arm to our shores.

Almost certainly, the failure to protect American lives contributed to Carter's stunning defeat in the next election, ushering in the era of Ronald Reagan. (Whatever you think of that.)

Later, as I grew older and more informed, I learned about America's ill-conceived interference in Iran, toppling a democratically elected government in the 1950s to install a Shah who was amenable to our petroleum policies, as a succession of presidents (including Carter) turned a blind eye to his human rights abuses.

While this didn't change my mind about the despicable nature of the hostage takers, it colored my thinking about how anger is like a magic ball that, once put into motion, tends to just keep bounding around if you let it.

"Desert One" is the outstanding new documentary that takes a sobering look at the crisis with a focus on the one aspect most people have forgotten or never knew about: the failed rescue attempt.

Even as Carter's administration began negotiating for a diplomatic solution, they authorized the development of a military option. We get to meet these men, most of them members of the then-new Delta Force partnering with elite pilots of the Air Force. They spent months training for a very specific mission to break into the former American Embassy in Tehran and snatch up the hostages.

In April 1980, after it became clear the Iranians were stalling for time and basking in the glow of international attention for their brazenness, Carter gave the go-ahead. And everything immediately fell apart.

Director Barbara Kopple is a giant of the documentary genre, a two-time Oscar winner (including the immortal "Harlan County U.S.A.") who knows exactly how to present history in a way that's both illuminating and emotionally impactful.

She carefully traces the steps of the mission, talks to the actual men who took part as well as their wives and children, lands interviews with Carter himself and key administration figures like defense secretary Robert Gates. We listen to campaign officials who constantly fretted about the impact of the crisis on the reelection, even as Carter himself stoically separated duty and personal glory.

We also learn from some of the former hostages themselves. Then, for good measure, she talks to the Iranians on the other side of the equation, including government officials and members of the student groups who actually stormed the embassy and held its occupants captive for 444 days.

I learned much that I did not know. How the pilots trained to fly helicopters and C-130 planes using night vision goggles, a device previously only used by ground troops. And the mother of one of the hostage Marines traveled to Iran and spoke out critically about the American government's actions, a simple woman who couldn't see how her emotions were being exploited by the Iranian media.

The operation itself was a complicated puzzle involving multiple moving pieces that seemed impossible to ever fit together. But it was undone before they ever got close to the embassy by two factors: the omnipresent desert dust storms that fouled up the aircraft instruments and the decision to pick a staging area, called Desert One, that was near a virtually abandoned road.

Or so the faulty intelligence said. Turns out the road was frequently traveled upon, and within five minutes of setting down the soldiers encountered multiple vehicles, including a bus full of 40 family members and a tanker truck they inadvertently blew up, sending a towering column of fire into the sky like a beacon.

Then, even as it became clear the mission was fatally botched, the attempt to abort it turned it from a failure to a disaster, as a helicopter taking off for home flew blindly into one of the transport planes, blowing it up and costing the lives of eight men.

The hardest part of the movie to watch is the TV footage of the Iranians unwrapping their remains in front of huge crowds of people gloating their deaths. Kopple expertly contrasts the stoic recollections of the survivors with a woman in a hijab, one of the student captors, coolly recounting how happy she was to see their bodies.

"Desert One" feels like dry, forgotten history breathed back to life and writ large. The events of the hostage crisis and the failed attempt to end it are but half a lifetime ago, yet already fading from the public consciousness. Forgetfulness and doomed repetition and all that

My only real quibble with the movie was Kopple's choice to, very briefly near the end, discuss the "October Surprise" notion that Reagan's incoming administration interfered with negotiations to ensure the hostages would not be released until after Reagan's election. No direct evidence is offered, because there is none; it's pure conspiracy theory bunk, as determined by Congressional investigations lasting a dozen years.

To give it voice, even in the lackadaisical "who really knows" way that Kopple does, does her otherwise excellent documentary no credit -- not to mention the men whose memory it slurs.

Some things do come into clear focus after viewing. Like the utter decency of Jimmy Carter, a genuinely selfless and goodhearted man -- too good, perhaps, to make the harsh judgements required of an American president. Even Ted Koppel steps out of his reporter's reporter role to comment on how inept Carter's stance seemed at the time.

And how the Iranian people had lived for decades under the yoke of a tyrant who Americans supported, betraying their own commitment to freedom and democracy. Their anger and, to a point, their actions were not entirely unjustified. Still, it's not hard to see the seeds they planted bearing much more poisonous fruit.

Most of all, we see the bravery and dedication of men who were honed to a fine edge by their sense of duty and then betrayed by circumstances and poor planning. Sometimes true heroism is best seen when everything goes awry and the mission ends with tragedy and ignominy.

There's a poignant moment about some British military contractors delivering a message to the Americans right after their failure, which I'll not repeat here so you can fully experience it for yourself. It's the sort of thing you rightly remember for the rest of your life.

Certainly, I will remember "Desert One."