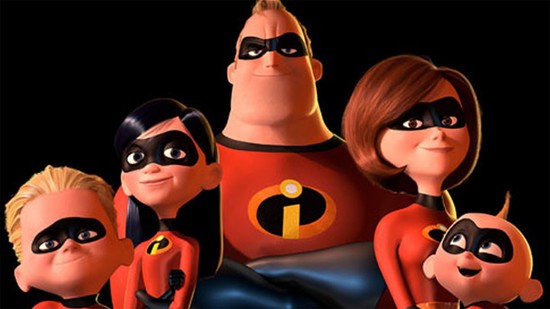 It’s strange that it took almost 15 years to get a sequel to “The Incredibles,” the one Pixar animated film that seemed to beg for a follow-up. It appears Disney wanted to wait for original writer/director Brad to find the time and gumption to tackle the project, which was probably the right call.

Alas, “Incredibles 2” -- I didn’t mistype; they dropped the “the” for the sequel -- is a fun and frenetic movie that fails to live up to its predecessor.

I’m still recommending it, because you can’t deny the entertainment quotient it brings to the table. My boys have already watched the Blu-ray through once and are ready to go again. But this is the sort of movie that you might watch one time with your kids, and then wander out of the room for their subsequent viewings.

The story picks up right where the first one left off, with a battle with the nefarious Underminer. After that, the Parr family -- strongman Mr. Incredible (voice of Craig T. Nelson), stretchy Elastigirl (Holly Hunter), speedy Dash (Huck Milner) and invisible Violet (Sarah Vowell) -- gets a helping hand from a P.R. tycoon (Bob Odenkirk) whose sister (Catherine Keener) is a tech whiz.

Their idea: make outlawed superheroes palatable to the public again by doing a media push spotlighting Elastigirl. They figure she’ll be more appealing than Mr. Incredible because she doesn’t tend to leave everything smashed into dust. That leaves him at home stuck with the kids, including baby Jack-Jack’s burgeoning new powers.

They run into the clutches of Screenslaver, a mysterious figure who loathes supers and is using television screens to hypnotize them into doing bad things. Iceman Frozone (Samuel L. Jackson) returns to help out as Mr. Incredible’s glorified sidekick, though the movie also introduces a bunch of young (well, mostly) superhero wannabes looking to follow in the Incredibles’ footsteps.

It doesn’t have the verve and imagination of the first one, but “Incredibles 2” is still must-see for children.

Bonus features are quite handsome. There’s an all-new short film starring fashion maven Edna Mode, where we get to see more of her babysitting duties with Jack-Jack, as well as “Bao,” the touching shirt film that accompanied the theatrical release. Plus 10 deleted scenes, commentary tracks by animators and more than a half-dozen making-of short documentaries.