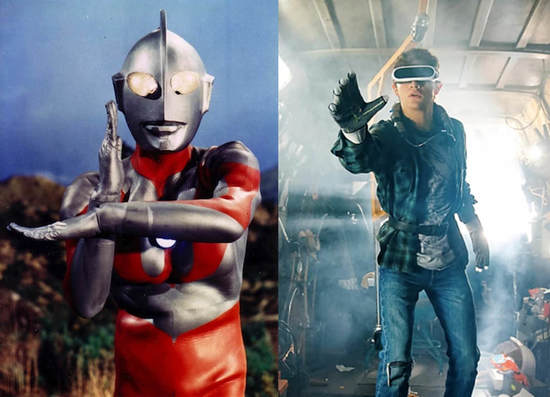 Many of us are living significant chunks of our lives inside virtual spaces these days, probably without even noticing. Example: My son and I have been co-playing a fantasy war game on our phones, bonding over downing gruesome beasties and recruiting an especially powerful new hero. I’d defy anyone to label it anything other than a positive shared experience.

But there is a downside to constructed realities in general and video games specifically, one that “Ready Player One” explores in the form of a dystopian future where most of the important reactions happen inside the Oasis, a virtual reality where people can pretend to be just about anything.

Wade Watts (Tye Sheridan) is a high school senior living in poverty -- both in the real world, where he resides in stacks of trailer homes, and in the Oasis where he plays a low-level nobody named Parzival. But there is a grand contest going on, put on by the deceased co-creator of this world, and the winner gets to control the entire Oasis.

Needless to say, some corporate bad guys are gaming the game to try to get an advantage. Ben Mendelsohn plays the CEO of a conglomerate that is flooding the system with anonymous players called Sixers all working in conjunction to win the booty. But the whole world is upended when humble Parzival manages to unlock the first door.

Soon an all-out war is brewing. Wade finds allies in Aech (Lena Waithe), his longtime friend and running buddy, as well as Art3mis (Olivia Cooke), a legendary player that he has been harboring a crush on. All the legions will gather to do battle.

Like a lot of director Steven Spielberg’s more popcorn-y movies, “Ready Player One” is a visually dazzling picture that’s a lot of fun, but also hides some hefty themes just under the surface.

In the Oasis people can do stuff that’s straight out of a 14-year-old’s daydream -- Parzival races the DeLorean from “Back to the Future” in a smash-and-dash race, for instance. But they also spend much of their lives wearing VR headsets and suits, eschewing the dank corporeal world for one filled with pleasures and eye candy. I don’t think it’s accidental that whenever the filmmakers pull us out of the Oasis to see what’s going on in the RL (real life), the movie’s energy takes a dip.

Based on the novel by Ernest Cline, who co-wrote the script with Zak Penn, “Ready Player One” is an entertaining movie that also shows us the dark side of the entertainment machine.

Video extras are decent, though not as lavish as you’d expect from a big-budget Spielberg picture. They consist of six making-of documentary shorts: