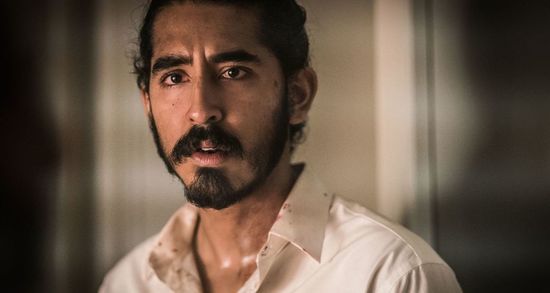 One of the most lamentable thing about terrorist tragedies is the tendency to forget about them, especially when they happen outside our normal sphere of attention. The average American can tell you a lot about 9/11 or the Boston Marathon bombing, but things like the 2008 attacks in Mumbai recede from memory with lamentable haste.

Director Anthony Maras, who co-wrote the script with John Collee, has recreated the event with generous measures of empathy, tension and insight. We watch the attacks, which took place in multiple places across the teeming Indian city, through the prism of perhaps the highest profile one: the glorious Taj Hotel.

The cast of Indians and a few Westerners is led by Dev Patel, playing Arjun, a humble member of the wait staff. Their model of service is an ambitious one: “Guest is God” is their motto. Anupam Kher plays the head chef, Hemant Oberoi, who acts as not just the de facto leader of the staff but keeper of the sacred flame.

The untold story of Hotel Mumbai, as the Taj was colloquially known, is that nearly as many employees were killed as guests because they chose to stay and protect their charges instead of escaping to safety. Despite being shot up, bombed and set ablaze, the hotel was reopened for business barely three weeks after the attack.

Armie Hammer and Nazanin Boniadi play David and Zahra, a married couple caught up in the incident. He is an American architect and she is a Muslim woman, and they have brought with them their baby son and British nanny, Sally (Tilda Cobham-Hervey).

It’s interesting to watch them arrive and take up residence in their lavish penthouse, since the staff might presume the two Westerners are the parents and the brown woman is their servant. But discretion is the byword at the Taj.

Jason Isaacs plays Vasili, a piggish Russian oligarch who casually sifts through photographs of his potential female escorts for that evening in the hotel restaurant, loudly inquiring over the phone about their physical attributes. He shows his mettle when things turn bloody, though, including some quaint chivalry expressed toward Zahra.

The attackers are depicted as young, deluded Muslims who have been conned by “Brother Bull” to carry out this despicable act in the name of jihad. He remains in constant contact via headset phone -- from a safe distance, of course -- ordering the men to kill all Indians, take Westerners hostage and, when the time comes, sacrifice their own lives.

The perpetrators are essentially naïve peasants, astounded by the opulence of Mumbai’s upper crust and indoctrinated to see it as wealth stolen from the just.

Amandeep Singh and Suhail Nayyar play the two most prominent terrorists. What’s most disturbing is not their acts, but the casual way they carry them out, almost like farmers sorting out the stock for slaughter. When one calls his father, we’re astonished at how he pours out his love for his family yet does not hesitate an instant to brutalize the Taj residents.

“Hotel Mumbai” is a celebration of the human spirit, but not a blindly obtuse one. It recognizes that evil is nearly always something we ascribe to others, even as people carry out the most dastardly acts as proof of virtue. Those who believe they are victims are most likely to pass along the mantle.