Review: "Linda Ronstandt: The Sound of My Voice" 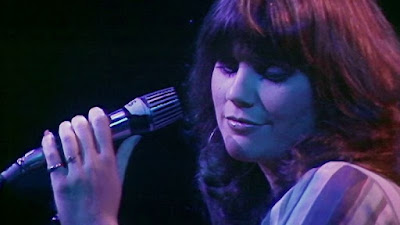 It's hard to overstate how big a music star Linda Ronstadt was in the 1970s. She dominated the rock, pop and country charts, and collected awards by the armful. By the 1980s and '90s she had started to segue into projects that were meaningful to her but did not boost her popularity, such as jazz, Broadway musicals and traditional Mexican music.

So by the time I came of age enough to be interested in popular music, she was already something of a faded legend in my mind. I was aware of her and could probably hum one or two of her hits, but she was no longer a "big deal."

Let's put it this way: when "Don't Know Much" became a chart-topper in 1989, I was aware that Aaron Neville was half of the duet but didn't know Ronstadt was the other.

The new documentary, "Linda Ronstadt: The Sound of My Voice," is an intimate, insightful look into her life and career, or at least the early part of it. It pretty much skips over the last 25 years, in which her voice declined and she was eventually diagnosed with Parkinson's disease. Ronstadt officially retired in 2011 and claims she can no longer sing a note -- a terrible fate for someone famous for her rich, powerful voice.

(But stick around to the end of the film, and we shall see...)

Ronstadt talks and appears in the doc, directed by Rob Epstein and Jeffrey Friedman, but it's mostly others speaking about her musical legacy. We've seen a slew of those documentary movies about aging singers, and the purpose behind them is most evident in the title of another recent one, "David Crosby: Remember My Name."

Many people were surprised when at the height of her fame Ronstadt decided to do an album of traditional Mexican folk songs, unaware that the product of Tuscon, Ariz., comes from a family of Mexican heritage. She talks about growing up listening to her father singing these tunes.

"I thought Spanish was this magical language. When I was growing up I thought you sang in Spanish and spoke in English," she says.

She started playing in a folk band with her siblings, but they were older and soon had jobs and families to deal with. So Ronstadt lit out for California at age 18, forming the band the Stone Ponies along with songwriter Bobby Kimmell. It was the late 1960s, and the genres of folk, rock and country were blending together in delicious ways.

One of the most interesting things is that despite arriving at the height of the singer/songwriter phase, Ronstadt herself did not write songs herself. But she did covers of other people's work, often improving upon the original.

Nowadays the term "song stylist" is seen as something of an insult, but that's the best description of Ronstadt's place in the musical galaxy. Others talk about how she would put the imprint of authorship on a song not by writing it, but by singing it like nobody else could or would.

The portrait that emerges is one of a perfectionist who loved to sing but not necessarily in front of crowds, was very committed to her craft, put her career ahead of romantic relationships, and was a proactive collaborator who nonetheless experienced jealousy about other artists.

But after a brief period of green-eyed fever, instead Ronstadt approached the other singer and they began to work together, forming a life-long friendship. Similar things happened with Bonnie Raitt and Dolly Parton.

One thing I didn't know was how Ronstadt was pivotal in the formation of the Eagles. Don Henley became her drummer for $250 a week, and other members of her backing band eventually split off to form their own group -- with her help and blessing.

The documentary is more concerned with Ronstadt's music than her personal life, though there are interviews with former lovers and admirers. She famously dated Jerry Brown while he was governor of California (the first time), but for the most part she saw relationships as something that ebbed and flowed rather than endured a lifetime.

Perhaps the most interesting section is when she talks about what it was like to essentially be one of only a handful of female rock stars in the 1970s, and the loneliness of being on the road with a bunch of guys -- since there were few women instrumentalists in the day. Not surprisingly, despite being a huge star some of the men who worked for her were contemptuous of having a "chick out front."

Ronstadt started as a hippie folk singer, performing on stage barefoot, but embarked upon a journey that saw her cross over into so many other musical genres that she made the demarcations start to seem hazy. (Though not disco, thank god.)

At 93 minutes, this is the rare movie I wish was a little longer. Ronstadt's voice may have faded with age and disease, but her story is a vibrant one worth hearing, again and again.