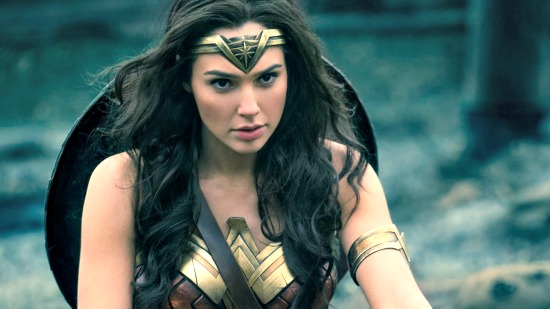 I sometimes stop to think why “Wonder Woman” is such a superior super-hero flick.

After all, it is fairly conventional in its storytelling structure: a standard-issue origin tale, in which a reluctant youngster acquires extraordinary abilities/status, applies them in the greater world in what they think are appropriate ways and later learns the pitfalls of that whole great powers/great responsibilities rubric.

It starts, I think, with this heroine and this actress. The superhero genre has gone through some interesting changes over the past two decades, but it’s still heavily predominated by male filmmakers presenting male characters for a male audience. The women are, literally, the background characters and the sidekicks.

Even Wonder Woman started out that way, as a third-act boost to -- and in many ways the best thing about – last year’s “Batman v Superman: Dawn of Justice.”

There was a sad, reluctant quality to Wonder Woman in her few moments of non-fighting scenes, and we get to explore that fully and forcefully in her solo flick. Directed by Patty Jenkins – who had to wait 14 years between her first and second feature film directing credit – from a screenplay by Allan Heinberg, the film re-introduces us to the character, fleshing out the flashy exterior in ways that surprise and touch us.

She journeys from naivety to poise, from innocent to hardened warrior and from privileged princess to self-imposed outsider.

And you cannot separate Gal Gadot from the success of “Wonder Woman.” She embodies the character’s strength and vulnerability, bringing a weighty presence you don’t normally see in a superhero flick. It may just be the best acting performance in this genre since… ever.

Chris Pine acquits himself nicely in the “romantic interest” role normally reserved for a female character, as an American spy infiltrating the German World War I war machine working on chemical weapons of mass destruction.

Danny Huston is his usual sneering self as the chief villain, but I was much more affected by Dr. Maru, the creepy scientist dubbed “Dr. Poison,” played so soulfully by Elena Anaya. With her broken mask and shattered psyche, the character is worthy of her own movie.

In the end, “Wonder Woman” triumphed not just because it was about a female hero, but because the people involved in making it obviously invested so much of their passion and souls into this wondrous film.

Bonus features are quite expansive and exquisite, and are nearly the same for DVD and Blu-ray editions. The centerpiece is “Crafting the Wonder,” a comprehensive making-of documentary.

Probably the highlight is a series of featurettes called “A Director’s Vision,” as Jenkins takes viewers on exclusive behind-the-scenes journeys through filming several key sequences and themes of the picture. There is one bonus new scene and several extended ones, a blooper reel, and interactions with young female filmmakers, poets and other artists who have been inspired by Wonder Woman.

Other features explore her role within the DC Comics “Trinity” with Batman and Superman and creating the Amazonian army.