Review: "Let the Sunshine In" 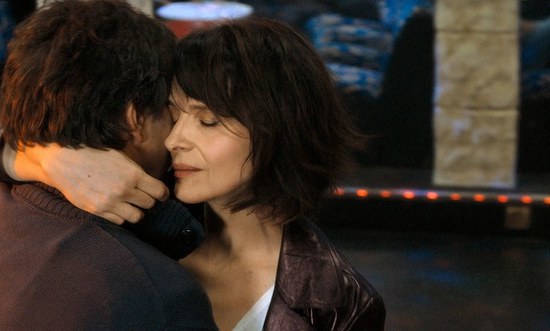 One of the pivotal steps I took as a maturing film lover was the recognition that you don't have to like a movie character to find them compelling. Villains are the obvious example, with any number of sneering cinematic icons captivating our attention.

But what is even more challenging is to take someone who is weak, or self-deluded, or otherwise flawed in such a way that we feel pity or even revulsion toward them, and build an entire film around them.

This is what "Let the Sunshine In" tries to do, with only partial success. The sublime Juliette Binoche plays Isabelle, a renowned painter whose love life is a perpetual shambles. Over the course of the movie we watch her become involved in romantic or other emotional entanglements with a half-dozen or so men.

We feel for her, but we also feel like throwing up our collective hands at her seeming inability to do what the title says. Isabelle is a woman perennially searching for joy, but always repelling happiness when the potential for it presents itself.

Directed by Claire Denis, who co-wrote the screenplay with Christine Angot from a book by Roland Barthes, "Sunshine" also gives us a less than flattering portrait of mature French manhood. Virtually every fellow Isabelle encounters is trying to manipulate or denigrate her in some way. We loathe them for treating her so poorly, and her for letting herself be treated this way repeatedly.

Vincent (Xavier Beauvois), a wealthy banker, is at the top of this vile list. He simply wants to use Isabelle for sex and adventure, and makes no pretense of taking her feelings into account. In one exchange he tells her outright that while he finds her charming, his wife is "extraordinary" and he'd never leave her. Nonetheless, he soon turns up at her doorstep bearing flowers and making presumptions on her body.

Other artists or gallery owners in her social circle make lecherous come-ons in the guise of friendship. One smarmy fellow criticizes her dalliance with a lower-class man who happens to be a fine dancer (Paul Blain), saying she should date within her "milieu" -- meaning him, no doubt.

There's also the kindly but reticent chauffer (Bruno Podaalydes), her ex-husband, Francois (Laurent Grevill) and a famous stage actor (Nicolas Duvauchelle) with whom she's supposed to collaborate on a project, but instead they fall into bed together.

She even has an encounter with Denis, a clairvoyant played by French cinema legend Gerard Depardieu, who gives her his predictions about her romantic life... but again, with that hint of self-interest. Be "open," he repeatedly assures her -- perhaps with an over-the-hill self-appointed mystic?

It's a little unclear how old Isabelle is supposed to be -- certainly not a kid, as she is divorced with a 10-year-old daughter. But she also is often childlike in her emotions, experiencing giddy joy one moment and then self-critical despair, sometimes within the space of a single sentence of dialogue.

The film is most interesting to watch the fleeting emotions that play across the face of Binoche. We may not admire Isabelle, but we always believe in her. We feel that the things she's experiencing are authentic and deeply affecting to her. We might wish, even crave, that she would make better choices. But we always have faith that they are her own.

I cannot say that I understood this character, but that I always had hope for her.