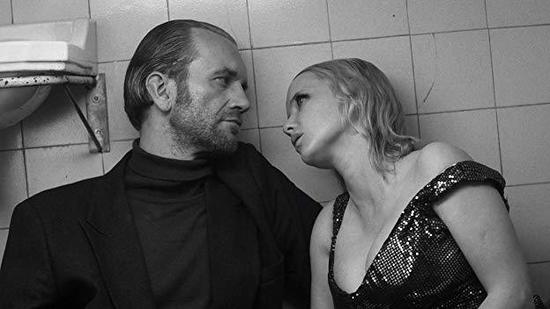 Love is fickle, and often unkind.

Polish filmmaker Paweł Pawlikowski (“Ada”) has made a film about love and tragedy that inextricably links the two in a way that is both sad and profound. Very loosely based upon his own parents’ relationship in Soviet-controlled Poland between 1949 and 1964, it is the tale of two very different people who are bound to each other, yet kept eternally apart by fate and their own indelible natures.

They say opposites attract, and sometimes it is the attraction itself that brings about opposition.

When they first meet, Zula (Joanna Kulig) and Wiktor (Tomasz Kot) are both young, talented musicians on the rise. He is part of a team starting a conservatory dedicated to celebrating Polish folk music and dancing. She is one of the young recruits who catches his eye.

Zula’s got a good voice, though others are better, but she’s got a stage presence that makes an impression. There are rumors that she’s a city girl passing herself off as a peasant, and has even served time in prison.

Things go well and their traveling show becomes a hit. These are exuberant set pieces with all the intricacy of a Busby Berkeley musical, but with babushkas instead of glitter gowns. Meanwhile, the couple’s romance blooms behind closed doors.

Wiktor is a classic artist/dreamer type; he plays the piano, writes and arranges compositions, and feels stifled in his Russian-controlled homeland. Nonetheless, when the bureaucrats suggest they incorporate some homage to Stalin and agricultural programs in the show, he is smart enough to know when their sort request something, they aren’t just asking.

Zula is a woman who wants both more and less out of life. She shares Wiktor’s craving for freedom of expression. At the same time, she’s happy being the centerpiece of the troupe. When he makes plans for them to defect while playing a show in Berlin, Zula purposefully tarries in meeting him. We sense this is a test: if he leaves without her, then it wasn’t meant to be.

She craves the ties that bind, preferring love in a constrained society to feeling disposable in an open one.

Several time slips occur. They meet again in Paris in 1954 where Wiktor is eking out an existence as a jazz performer, and she has become the unquestioned star of the show, appearing on the posters. They talk about how they missed their chance, yet neither is ready to cut the cord for good.

Despite other relationships and even marriages, they find ways to meet again, as their story takes them to Yugoslavia and eventually back to Poland. Wiktor finds he wants to take Zula’s test over again, even if the penalties for playing have grown much steeper.

The film was shot in gorgeous black-and-white by Lukasz Zal, who earned an Oscar nomination for “Ida” and should merit another one here.

Co-written by Pawlikowski and Janusz Glowacki, “Cold War” works so well because the stars register as authentic star-crossed lovers instead of just props for a political metaphor. This coupling feels both predestined and cursed. Their love is doomed, but unconquerable.