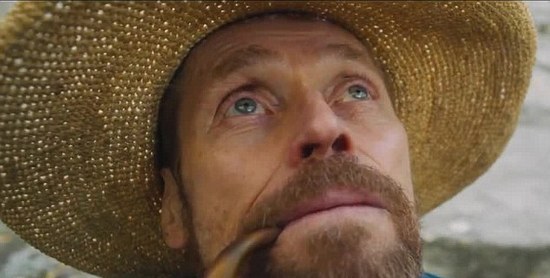 A lot of people were surprised when Willem Dafoe earned an Oscar nomination for “At Eternity’s Gate,” a tiny art film about the last days of painter Vincent van Gogh. But for those lucky few who’ve seen the movie, they know the accolade is well-deserved indeed.

Previous cinematic portraitures of van Gogh have focused on his turbulent life, especially his relationships with his brother, Theo, and fellow painter Paul Gauguin. And, of course, there’s the infamous time he cut off his own ear.

What “Gate” brings to the mix is indelibly linking van Gogh’s mental instability with his art. Director Julian Schnabel, who co-wrote the screenplay with Louise Kugelberg and Jean-Claude Carrière, include lots of examinations of his paintings, including less famous ones like the one from which the movie takes its title, “Sorrowing Old Man (At Eternity’s Gate).”

The camera follows van Gogh around the countryside as he looks for scenes to capture, seeing the world through his eyes.  Dafoe portrays him as a woman for whom painting is his whole life, because he’s disturbed and thrilled by what he sees and wants to share it with everyone.

It portrays the ear incident and its aftermath, but as simply one more step along the unstable path he trod, instead of a fetishistic totem of self-hatred.

Gorgeous, haunting and insightful, “At Eternity’s Gate” is a harrowing portrait of a mad who embraced both beauty and madness, and joined the two on canvas.

There’s a tendency for small video releases like this to have very skimpy bonus features, but this one is the pleasing exception. There’s a feature-length audio track by Schnabel and Kugelberg (who also edited the film), and three making-of documentary shorts: “Made by a Painter,” “Channeling Van Gogh” and “Vision of Van Gogh.”