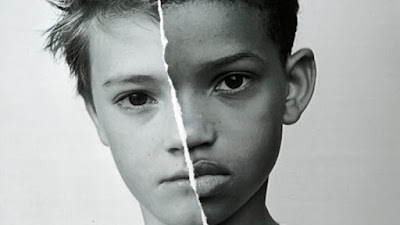 Two French ragamuffins of about age 12 are horsing around at an industrial site -- plunking rocks off pipelines, climbing on dilapidated trains, etc. They play a running game: first one to make the other laugh wins a point. Things take a fateful turn when they flee from workmen into a massive, filthy but hauntingly beautiful dump site. A little too pleased with its own visual spectacle, but there’s a good story in there.

“Marguerite” is about a relationship not often depicted cinematically – an elderly person suffering from physical or mental handicaps and the caregiver who supports them. Beatrice Picard plays the title character, a woman who has severe diabetes and possibly dementia. Sandrine Bisson is Rachel, the home healthcare worker who comes every day to bathe and feed her. They start to open up about their love lives, past and present, which brings about a moment that will feel like a healing moment to some, or crossing over of a critical line.

Troy is a kid of about 7 who seems to have a good life -- a mom and dad who love him, good friends. Problem is his people are racist white trash. When his father and his buddies beat a black man nearly to death in a grocery store parking lot for no reason, it sets off a spiral of revenge and resentment, with Troy’s counterpart as the victim’s son. A troubling tale of how hate regenerates itself.

A Spanish woman and her mother are scurrying around her apartment, snapping at each other. They get a call from her 6-year-old son, Ivan: he is all alone on a beach in France, and his father (estranged from the family) has left him there. The tension mounts as they try to find help, or even discover exactly where he is, as the boy's phone battery slowly dies. Fraught and human.

This often-riveting drama looks at the true story of two English boys who were accused of kidnapping and murdering a smaller lad. Recreated from witnesses and recordings by the police, they at first deny everything, from petty crimes committed at the mall to even encountering the victim. But a cascade of lies comes tumbling down, revealing an underbelly of violence behind angelic faces.

Posted by Christopher Lloyd at 1:10 PM