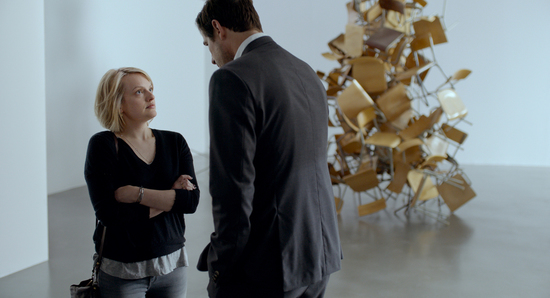 The Cannes Film Festival's highest award, the Palme d'Or, has increasingly become an emblem of European disdain for American/British cinema rather than a token of respect for the film that wins it.

Once a major indication of the best foreign films coming down the pike, it's reached the point of such irrelevance that it's now uncommon for the Palme d'Or winner to even receive an extensive theatrical release in the U.S. If you can name last year's winner without the help of Google -- it was Ken Loach's "I, Daniel Blake," for the record -- then I bow before your film trivia superiority.

This year's winner, "The Square," is a refreshing departure, a Swedish film that's actually thoughtful and engaging -- and will actually be seen by people outside of New York, L.A. and Chicago. Written and directed by Ruben Östlund, who made the terrific "Force Majeure" a few years ago, it's a rumination on art, morality and power.

Our protagonist is Christian (Claes Bang), the chief artistic director of a major museum housed in the former Stockholm castle of the Swedish royal family. In the opening scene he is interviewed in English by an American television journalist, Anne (Elisabeth Moss), who seems entirely dim and unprepared for the questions she is to ask. Christian labors not to be condescending, talking intelligently and passionately about the role between art, the museums that present it and their patrons.

His museum is about to debut a new outdoor exhibit, from which the film takes its title, a square of light amidst the stone tiles that is, well, a trifle boring. It's supposed to challenge guests to think about how they regard each other and the spaces they share. "The square is a sanctuary of trust and caring. Within it, we all share equal rights and obligations," reads the display plaque.

Challenged to drum up excitement and donations, Christian and his team have engaged some young hotshot marketers who have very... bold ideas about how to promote The Square. Unfortunately, Christian is too engaged in his own personal events to properly oversee the plan.

Early in the film Christian has his pocket picked by some inspired thieves with a complex con job. Rather than simply call the police, Christian pressures a young employee (Christopher Læssø) to help him find his smartphone via its internal locator. Then they hatch a scheme to  have his effects returned, and things grow more and more dire.

I was occasionally bewildered by "The Square," but never bored by it. For example, in one character's apartment we are surprised to see a gorilla, apparently living there as a companion -- a fact that goes uncommented upon by anyone.

Later, the theme of beastly behavior is reprised in what is undoubtedly the film's most pivotal scene. At a lavish fundraiser at the museum for its wealthiest patrons, a piece of performance art is debuted in which a man (Terry Notary) portrays a great ape. The guests are warned they are about to encounter a savage creature, but they will be in no danger if they acquiesce to its dominance -- don't look him in the eye, etc.

The dynamic shifts as the scene plays on, and it becomes a parable about when and how we should separate performance and reality. Are acts really deplorable if they are committed under the rubric of "art?" At one point should the artist and audience interact? Be opposed?

These questions are further explored in the audience's relationship to Christian. At first a seemingly benevolent figure, he gradually shrinks in our eyes as he becomes more and more willing to trade his integrity in order to protect himself and his position.

At one point he becomes engaged in a conflict with a boy of about age 12. The kid is being entirely unreasonable, and acting as if a grown man should be subservient to his demands. But how Christian responds is even more troubling.

Men and beasts, adults and children, artists and audiences -- these are relationships that often balance according to the whims of those who hold power, and how they choose to wield it. There are times in life where we must agree to be dominated, and others where we are the one who dominates, and not enough occasions upon which we simply exchange trust.