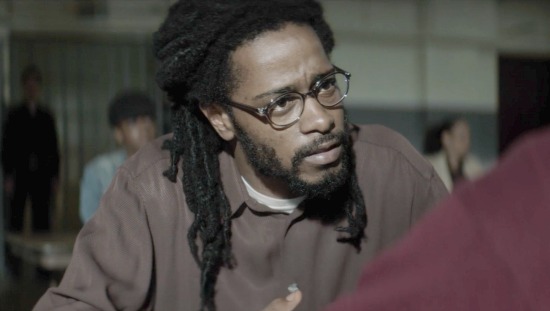 File “Crown Heights” under the category of terrific films that got buried in the rush of late summer/early fall releases. Lakeith Stanfield, one of the best young actors working today, stars in this prison drama based on the true story of a man wrongfully convicted of murder who had to fight for decades to receive his freedom, and justice.

He plays Colin Warner, a car thief and low-level criminal who gets picked up in connection with a shooting. Not only was he not even there when it happened, he didn’t know the victim or the real assailant. But through a massive miscarriage of the law, he finds himself sentenced to a long prison term at age 18, while the actual shooter serves minimal time because he was still 17.

Writer/director Matt Ruskin follows Colin for decades as he tries to have the conviction reversed, as various lawyers of various levels of commitment come and go. Stanfield gives a masterful turn as a meek kid who gradually grows up into adulthood and then middle age, gaining strength and resolve.

I also really admired Nnamdi Asomugha as Carl King, Colin’s one friend on the outside who doesn’t give up on his case, even as his devotion extracts sacrifices in his own personal life. Natalie Paul plays Antoinette, who had a teen flirtation with Colin that unexpectedly is rekindled while he is in prison.

It’s easy to miss small, superlative films during the course of a year. But “Crown Heights” is a powerful, gripping drama about a flawed but innocent man striving to preserve his own life.

Alas, this film is being released on video without any bonus features.