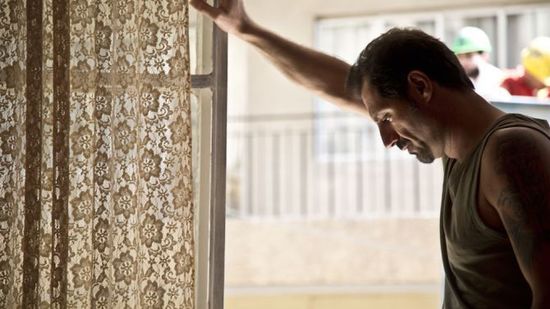 Tony Hanna (Adel Karam) and Yasser Abdallah Salameh (Kamel El Basha) are alike in a lot of ways. They’re both middle-aged, blue-collar men with a deep love of family and pride in their work. Their only difference is the biggest one, which proves to be their undoing: Tony is a native-born Christian Lebanese, while Yasser is a Palestinian refugee.

They come to cross odds in “The Insult,” a powerful drama that was nominated for an Academy Award for best foreign language film. For my money, it was a superior movie to the eventual winner, “A Fantastic Woman.”

Directed by Ziad Doueiri, who also co-wrote the script with Joelle Touma, the film brings the men together over the simplest of disagreements. Yasser has been hired (semi-legally) to oversee street repairs in Tony’s neighborhood. They bicker over a code violation, insults are exchanged, and eventually a physical clash results in injuries and a lawsuit.

Their court case becomes a media sensation, whipped up by Tony’s lawyer (Diamond Bou Abboud), a political insider who seems to be more interested in burnishing his own reputation than arguing the facts. It becomes a case of natives vs. interlopers, Muslims vs. Christians. Things become increasingly nasty and dire; there are protests and threats.

“The Insult” is a splendidly acted film that examines how pride can be a very deadly sin, where two men are willing to risk all that they have rather than lose face. That’s a problem not just in Lebanon, but on our own shores, too.

Video extras are rather modest, being limited to a single featurette, "Conversations from the Quad with Ziad Doueiri and Richard Peña."