Let me tell you about my friend, Matt 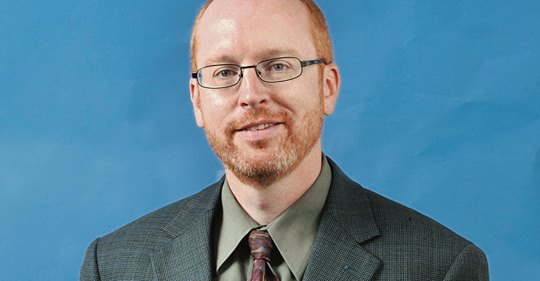 If you ever read a column by Matt Tully, you probably already felt like you knew him.

He was one of those few gifted writers who never let words come between him and his readers. Instead, he used his column in The Indianapolis Star to tear down barriers -- between rich and poor, black and white, Republicans and Democrats, people who enjoyed great neighborhoods with excellent schools and those who felt trapped in their community. He was a kind man, but also one with strong opinions who wasn't afraid to express them forcefully... but never hatefully.

But as I said, if you were Matt's reader you already knew all this.

Instead I'd like to tell you about my friend, Matt, the guy I knew. If you're reading this you probably have already heard that he died yesterday at age 49 after a two-year battle with stomach cancer. An entire city mourns.

In the old Star newsroom, Matt was a jovial presence who loved to talk baseball, especially his beloved Cubs. He grew up in The Region, as those of us in Indiana call the northwestern part of our state, which in many ways belongs more to Chicago than Hoosierdom.

Matt was pretty much the first friend I made after moving to Indiana in 2005. I came here not knowing a soul, and he opened up his heart and offered friendship. Whenever he could tell I was feeling overtaxed, toiling away in the features department on the entertainment section, he would grab me by the arm and walk me over to Starbucks or somewhere else to de-stress for a few minutes. He and his wife, Val, went on a few double-dates with my then-girlfriend, Jean, and I, and invited us to their home.

We were both young, ambitious guys in our mid-30s who knew we were going places.

At the end of 2008, our paths diverged. I was let go by the Star, along with dozens of others in a seemingly never-ending stream of cost-cutting. Meanwhile, he had essentially become the face of the Star, its most recognizable talent, especially after sports maestro Bob Kravitz left a few years later. He was on his way up; I was on my way down. I spent two years freelancing and living off unemployment benefits before I found another job.

It's common for coworkers to lose touch, especially after a scenario like this. Survivor's guilt, along with the need to carry on with the important mission of journalism, tends to make it seem to those who stay that a curtain has closed on those who left.

Not Matt. He made it a point to stay in touch, getting together for occasional coffees or lunches. I texted him feedback about his latest column -- nearly always positive -- and we occasionally jawed about politics. Matt was center-left, I am center-right, I'm a Marco Rubio fan and he was dismissive of his abilities. But we never argued, and he always strove to respect a differing opinion.

When I announced to the world that I had been diagnosed with a brain tumor, Matt shared the story wider than I ever could. He asked me often about how I was doing, and offered to help out in any way he could.

We both became parents around the same time. Matt kept me updated during he and Val's struggle to have their own child, and then the arduous process of adopting one. They came close several times, only to have the adoption fall through. I could tell he was depressed and starting to give up hope of ever being a father. Then, in very short order, they found themselves parents to a beautiful baby boy.

Our sons, Joel and Reid, are just a few months apart in age. Some of my most cherished memories are of watching them play together. I still remember Joel chirping away in the back of the car after the first of many play dates together, "I think I just found a new friend!"

I moved from Broad Ripple to Carmel a few years ago, and often joshed with Matt that he would eventually follow. He laughed and demurred; they loved their neighborhood in Meridian-Kessler. Then, a couple years back, Matt and his family went north like so many Indy families do. We exchanged Carmel jokes while not-so-secretly loving life here.

I didn't see much of Matt over the last year of his illness. We kept in touch mainly through text messages. I returned his offers of help, saying we'd be happy to take Reid for a day to give him and Val some rest. But I think in his last months what he really wanted most was to be with his family, and I was happy to give him that space.

In his last column this summer, Matt promised his readers that he'd be back. It turns out he won't be returning to the pages of the Star, other than for his obituary. But in many ways, he kept his word: because he never really left. Matt Tully is the beating heart of the Star, and I think will remain so for many years to come.

But those sorts of words are best left for the official eulogy. Today, I just miss my dear friend.
Posted by Christopher Lloyd at 12:48 PM