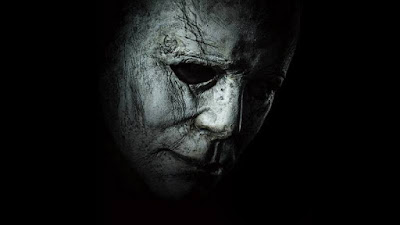 “Halloween” is a decently energetic horror flickershow. But it doesn’t pass the basic litmus test of, “Does this movie need to exist?”

As you know, this film reunites Jamie Lee Curtis, in her most seminal role as Laurie Strode, with Michael Myers, with white-masked, silent killer who tried unsuccessfully to off her in the original movie of the same title from 40 years ago. It’s essentially a reunion.

But then, they already held this party in 1998 for “Halloween H20: Twenty Years Later.” She managed to whack off Michael’s head with an axe in that one, Lizzie Borden-style. Undeterred, he reappeared a few years later for “Halloween: Resurrection,” and returned the favor by killing Laurie.

And this doesn’t even take into account the Rob Zombie reboot and its own sequel a few years back, or the various Laurie-less sequels of the 1980s and ‘90s. “Halloween III” didn’t even bother with featuring Michael or Laurie, making television the villain, or something.

The point is, it’s impossible to take this franchise seriously any longer. It’s been rebooted and remade and retconned to hell and back again. There is no sense of consequences because anybody who dies can just be brought back for the next iteration by the next round of filmmakers. Rinse and repeat.

This 40th anniversary reunion is part homage to the original and part new story jag. It requires us to ignore all the previous Halloween movies since the second one. It even asks us to forget that Laurie and Michael are supposed to be brother and sister -- a key piece of the franchise’s iconography for five decades.

In this telling, Michael Myers has been rotting in a mental institution for the past 40 years, never speaking a word to anyone. Meanwhile, Laurie seems to have done little in the years between other than arming herself and preparing for the eventual day he would come after her again.

There’s another creepy, vaguely European doctor trying to puzzle his way into Michael’s brain, Dr. Sartain (Haluk Bilginer). Laurie takes on look at him and cuts to the chase: “You’re the new Loomis,” she says, referring to Donald Pleasance’s psychiatrist, whose obsession turned from curing Michael to ending him. I think Pleasance has actually been in more Halloween movies than Curtis.

Judy Greer plays Laurie’s estranged adult daughter, who was raised under the threat of Michael’s return, and has her own teen daughter, Allyson (Andi Matichak). She goes off to a Halloween party with her friends, and soon finds herself stalked by her grandmother’s not-brother.

Will Patton turns up as Frank Hawkins, a veteran cop in the fictional town of Haddonfield, who reputedly was the first one on the scene for the 1978 murders. He putters around here and there, discovering the bodies Michael leaves in his wake, killing time until his own inevitable offing.

Directed by David Gordon Green, who comes from a comedy background and co-wrote the screenplay with funnyman Danny McBride and Jeff Fradley, “Halloween” contains a smattering of funny moments, such as two police officers comparing their lunches while sitting in their patrol car waiting to be stabbed.

How very different the horror genre has gotten in the last 40 years. I don’t think the original “Halloween” would’ve become anything like the iconic film it is with this sort of verbal diarrhea and passing attempts at levity.

John Carpenter knew that when you’re trying to scare people, concentrate on the scaring.