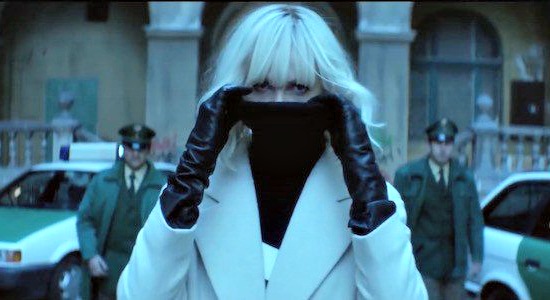 Look, I see a daggone lot of movies -- 200 a year, I reckon -- so it’s pretty hard to impress me. I’m the guy who yawns at a 20-second piece of CGI that cost $5 million and took a team of computer animators six months to create. But there were parts of “Atomic Blonde” where I had to scoop my jaw off the sticky floor of the theater.

Essentially the first imitator in the “John Wick” mold, this spy action/thriller combines unbelievable kick-butt stunt sequences with a whole lot of intrigue and double crosses. Charlize Theron plays Lorraine Broughton, a British MI6 agent sent into the rat’s nest of Berlin on the eve of the Wall coming down in 1989.

The plot is a largely forgettable dance through the usual spy movie tropes: enemies, allies, those lying somewhere in between, all sides playing the long game of leverage, with the threat of a double agent and a MacGuffin-esque “list” that could bring the whole order tumbling down.

What sets “Blonde” apart are the in-your-face stunts. Director David Leitch is a rookie behind the camera but a veteran stunt coordinator -- much the same as "Wick" -- and he shows an audacious verve that kicks the usual hand-to-hand combat scenes to the next level.

The high point is a sequence on a flight of stairs that segues from one group of opponents to the next, with the camera following Broughton every step of the way. She gets thrown down a flight, the camera tumbles right along with her. And Leitch uses minimal cutting, so we get to see the whole thing play out from beginning to end, as the combatants grow battered and exhausted.

Theron proves an able physical presence, completely believable as someone who could take on her all-male gallery of adversaries. She also brings subtle acting chops to the connective scenes, lending Broughton a haunted quality -- a deceiver and killer who flings herself into the life she’s chosen, but doesn’t enjoy it.

James McAvoy plays David Percival, a fellow Brit agent who acts as her sneering host, helper and foil. He’s been stationed in East Berlin for a decade, carving out an identity as a black market dealer in Western goods and information. Percival knows everyone, has all the angles covered, is familiar with the back ways and hidden passages. What’s unclear is where his true loyalties lie.

Based on the graphic novel, “The Coldest City” by Antony Johnston and Sam Hart, the screenplay by Kurt Johnstad (“300”) is long on too-cool mood and punk imagery. What people say isn’t nearly as important as how and why they are saying it.

It seems a Soviet intelligence agent code-named Spyglass (Eddie Marsan) is ready to defect, and is dangling a list that contains the identities of every known spy of every nationality. Everyone is desperate to get their hands on it, so the orders are “trust no one.”

Sofia Boutella plays a mysterious French woman tagging along everywhere, whose importance will grow. Roland Møller is Bremovych, the local Russian chief, who has hands in every pot. Bill Skarsgård plays a helpful young proto-computer geek, and Daniel Bernhardt is memorable as a local tough who goes toe-to-toe with our heroine in a couple of brutal blond vs. blonde matchups.

The film is told through the framing device of a debriefing interview back in West Berlin, where Broughton has turned up beaten to a pulp, her mission failed. Toby Jones and John Goodman play English and American spooks, respectively, giving her the business and trying to interrogate some straight answers out of her.

Theron works the poker face, letting her mask slip but once.

Sexy, smart and seriously high-energy, “Atomic Blonde” is like James Bond mixed up with steampunk fantasy and a heavy dollop of feminism. John Wick, meet your match.