Review: "Mark Felt: The Man Who Brought Down the White House" 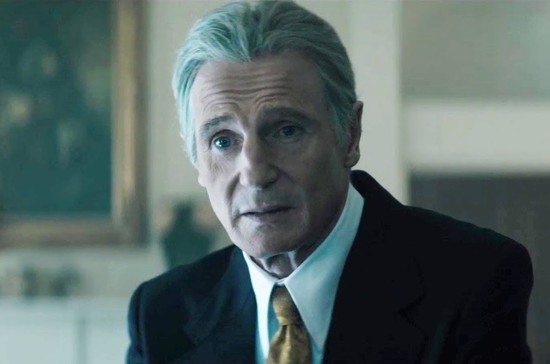 How do you portray a person whose most notable attribute was remaining an enigma?

That’s the challenge facing the long-gestating cinematic portrayal of Mark Felt, the FBI lifer who was eventually revealed to be “Deep Throat,” a key source to the Washington Post stories on Watergate by Bob Woodward and Carl Bernstein, which more than anything else helped end the cancerous presidency of Richard Nixon.

For writer/director Peter Landesman (“Concussion”), the answer is you cast a powerhouse actor in the lead role, show the Watergate saga from the perspective of the government investigators, present a dizzying gallery of players inside and outside the FBI, and hope for the best.

The result, “Mark Felt: The Man Who Brought Down the White House,” is a noble effort that doesn’t quite sing. The film ends up getting caught in the minutia of the investigation, rather than exploring the moral quandary of Washington’s rot, and why a loyal company man like Felt was compelled to speak up (if not out).

Liam Neeson, decked out in a snowy hairpiece and ‘70s executive suits, manages to resemble Felt a wee bit. He’s obviously practiced the real man’s stiff, formal speaking cadence -- though this was maybe a time when it might have been wiser to personify rather than impersonate a historical figure.

As the story opens in 1972, Nixon seems to be riding a wave to easy reelection when the Watergate break-in and arrests occur. Almost right away, Felt, the number two man at the FBI, understands the potential for the scandal to go right to the top of the White House hierarchy. He gears up his forces to investigate the crime without fear or favor to any potential consequences.

But then FBI chief J. Edgar Hoover dies after five decades at the top. Felt would seem to be the natural choice to take the director’s chair, but White House flunky L. Patrick Gray is tapped instead. Gray is played by Marton Csokas, who practically seems to drip oily servility. In short order, Felt is instructed to wrap up the Watergate investigation toot suite, and is told who he can and cannot interview.

Felt starts dropping clues for journalists to pick up the thread, including Sandy Smith (Bruce Greenwood) at Time magazine and Woodward (Julian Morris). As his frustration grows, so does the level of detail in his leaks. Soon, on top of the Watergate investigation Felt is charged with discovering the leaker.

Felt eventually outed himself as Deep Throat in 2005, when ill health and the encouragement of his family nudged him to seek a book deal. (Upon which this film is partially based.) Many people had speculated over the years that Felt may have been the Post source, with the shorthand justification being that he was an ambitious man who felt snubbed at not getting the top job.

The film takes a more nuanced approach, suggesting that Felt was less offended over his own status than the injurious tactics the Nixon administration employed against a government agency whose mission he held sacred. On several occasions he brazenly tells White House power brokers, such as chief counsel John Dean (Michael C. Hall), that they have no authority over the FBI, which he declares a completely autonomous agency.

Given today’s political contretemps, such an assertion seems comedically archaic.

An important subplot to the tale, which isn’t well known, is that Felt’s own daughter, Joan, had disappeared during this time. He and his wife, Audrey (Diane Lane), searched desperately for her, fearing she may have thrown in with the Weather Underground, a radical group that he himself had been investigating.

Just how good was Mark Felt at keeping a secret? Let’s put it this way: when he was later put on trial for violating the civil rights of Weather Underground associates -- and convicted, then pardoned -- one of the people who donated to Felt’s legal fund was Richard Nixon.

That sounds like the sort of guy whose head you’d like to get inside. Alas, while “Mark Felt” is an interesting exploration of Watergate’s flip side, the man in the middle remains a riddle.