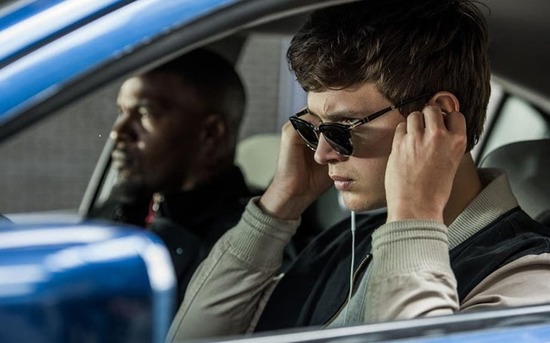 After well more than a century of cinema, it’s very difficult to do something that’s completely original. “Baby Driver” achieves the next best thing: taking something old and putting a completely fresh new spin on it.

In this case, it’s the heist movie genre. We think we know all there is to see: a team of thieves is assembled, a plan is made, there are intragroup squabbles, the job goes horribly awry, and consequences play out. From bloody fare like “Reservoir Dogs” to fuzzy comedies like the recent “Going in Style,” there’s a through-line of familiar characteristics.

“Baby Driver,” written and directed by Edgar Wright (“Scott Pilgrim vs. the World”), has many of those, too. But it’s a heist movie less concerned with the robbery than the interior journey of the protagonist, a young getaway wheel-man who goes by the unlikely moniker, “Baby.”

This is a breakout role for Ansel Elgort, best known from “The Fault in Our Stars.” His Baby is an ocean of cool, calm waters hiding a wake of roiling turbulence underneath.

Hardly speaking, with pounding earbuds perpetually in, he seems not to pay any attention at all to the robbery briefing being given by Doc, the Atlanta crime boss played by Kevin Spacey. But given a quiz at the behest of the other irked members of the crew, and it’s clear he’s 100% dialed in. He has prodigious tics that confound his interactions, but equally generous gifts.

Behind the wheel, he’s hell on.

Doc’s M.O. is that he puts together big jobs, never using the same lineup twice. Early on baby does a robbery with a few notables who, however, are sure to return. They include Jon Hamm as Buddy, an affable guy with a dark side; Eliza Gonzalez as Darling, Buddy’s wife and the one who holds his leash; and Jamie Foxx as Bats, whose assumed name is handy cue as to his hair-trigger mindset.

Doc has Baby under his thumb with a long pile of debts close to being repaid, but it’s hard to miss he hides some genuine affection for the kid. Baby, relishing the thought of his impending freedom, meets Debora, a sky-is-blue waitress whose casual singing first attracts his ear. Interesting thing: for a driver with champion hand-eye coordination, Baby operates primarily by his sense of hearing rather than sight.

The heist does go awry, as heists are wont to do in the movies, though with a different thumb in the pie than you’d expect.

Dizzy with music and action, splendidly acted, dangerous and fun, “Baby Driver” is the rare movie that makes you feel like you did when you first went to the movies.

Bonus features are quite good, and are cemented by two feature-length audio commentary tracks – one with director Wright solo, and a second one with him joined by cinematographer Bill Pope.

There are also deleted and extended scenes totaling about 20 minutes of screen time, a music video, storyboard gallery and 10 making-of featurettes focusing on various aspects of production, including an “Annotated Coffee Run Rehearsal” and Elgort’s audition tape.