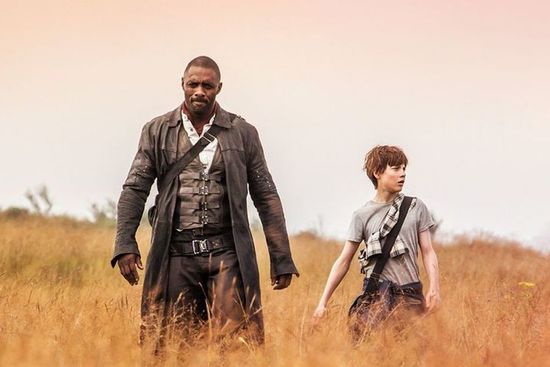 It’s a good thing “It” became a smash hit, since now no one even cares to remember the much more hyped adaptation of another Stephen King work released just over a couple of months ago. “The Dark Tower” crashed and burned at theaters and got savaged by critics and fans of the sprawling series of novels.

Color me the contrarian, but I actually enjoyed it well enough. It’s a bit of a narrative mess and the action scenes don’t always play. But Idris Elba and Matthew McConaughey are compelling as eternal enemies playing out the end of a long string of hostilities that cross eons and universes.

Elba plays Roland Deschain, the last Gunslinger -- semi-mystical warriors who battle the Man in Black (McConaughey), a sorcerer/tool of evil who’s trying to topple the Dark Tower that protects the multiverse from utter destruction. (What he gets out of this, it’s never made clear.)

The Dark Tower books are unread by me, but from what I’ve gathered this story takes place outside of and possibly after the events depicted there, as essentially the endgame King never got around to writing himself. Akiva Goldsman, Jeff Pinker, Anders Thomas Jensen and Nikolaj Arcel form the screenwriting committee, with Arcel also directing.

Tom Taylor plays Jake, the classic alienated/gifted youngster who serves as our eyes and ears into this world. He stumbles across a portal that transports him into the Gunslinger’s realm, Mid-World, where they soon hook up and start to bring the fight to the MiB.

I think people who haven’t read the books are more likely to enjoy “The Dark Tower” than those who did. It’s an intriguing blend of fantasy, Western, science fiction and horror elements. It’s an off-brand gumbo with a few sour bites, but I appreciated the bold mix of divergent ingredients.

Plus, I’m in the school of thought that there’s always something worth watching about any performance by Idris Elba. And that McConaughey guy ain’t half bad, either.

Bonus features are OK. They include several deleted scenes, a blooper real, three vignettes that peer deeper into the Dark Tower mythology and five making-of featurettes.